[ARCHIVES] Namajunas Weighs in On Dern’s Scale Fail: “Come on, Girl”
published on October 9, 2021
curated and posted by BRWLRZ Team

Understandably, many fighters have been very critical over Mackenzie Dern clocking in at 7.4 the strawweight limit for her UFC 224 fight against Amanda Cooper. But now, the champ herself has weighed in on the scale fail. And she is not impressed.

Tuesday on the UFC Unfiltered podcast, strawweight champion Rose Namajunas joined the show along with fiancé and trainer Pat Barry, and even the always humble and courteous champion could not restrain herself from voicing her disapproval for the Dern’s weigh-in catastrophe:

“That right hand she threw looked like it was a big ol’ girl throwing that punch.” Rose continues, “That was a heavy, heavy punch, and that was from a heavy girl. And not to say that that’s not her punch and that’s not a dangerous punch, but maybe that would’ve been a little bit different had she made weight or at least gave an effort to make weight.”

There has been enough criticism for Dern’s weight fail at UFC 224. Now, Rose argues, it’s time to talk consequences:

“I don’t know what kind of consequences…but I hope that it’s something that’s like…come on, girl.” Rose paused, apparently still struggling to find the words before repeating in a flabbergasted tone, “Come on, girl.

After getting her nausea out of her system, Rose returned to her usual benign demeanor and paid the hot prospect some complimentary words and is even excited at the possibility of facing Dern down the road:

“I thought, other than the weight issue, I thought she looked great. I always wanted to test my jiu-jitsu against…that would be awesome. She’s just got to get her shit together, and maybe that might be down the road.”

What do you think? Will Dern “get it together” and challenge Rose for the title someday? 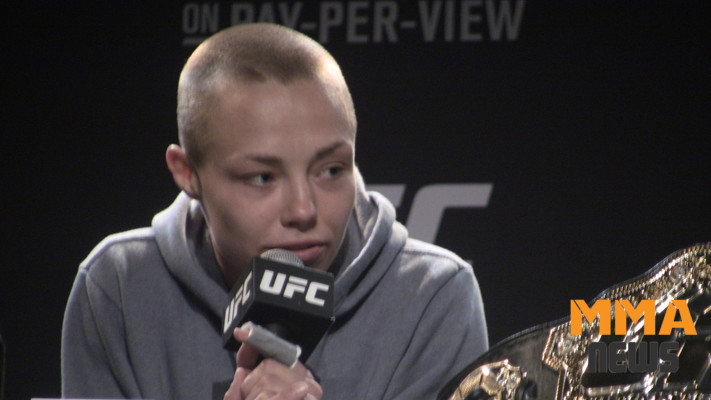