Stipe Miocic has often lamented feeling disrespected by the UFC brass. This dates back to five years ago, regarding a contract offered to him for his UFC 203 title defense against Alistair Overeem in 2016.

Reigning UFC Heavyweight champion Stipe Miocic last saw action at UFC 203 when he successfully retained his gold against Alistair Overeem with a first round knockout. While Miocic was able to celebrate his victory in front of a frenetic hometown crowd, the champ isn’t all smiles.

Stipe Miocic recently appeared on MMAFighting.com‘s “The MMA Hour.”  There, he expressed his frustration over making less money than the challenger:

“I just felt like I was kinda crapped on a little bit. I try to do things right and work with them, and they just didn’t give me a great deal. That’s my own fault, but also they knew what they were doing. They took my kindness for weakness. They told me it was the best deal they could do, and I said, oh ‘okay, great.’ And then come to find out, it wasn’t.”

Overeem’s base salary for the fight was $800,000. Miocic’s number sat at $600,000. The champion said he went to the UFC brass and told them how he felt about his payout. Their response didn’t sit well with the Croatian.

“Blah, blah, blah, blah. They just made up some excuse, like ‘that’s the contract you signed.’ You’re making money off me in my hometown, and you’re giving the man that’s a challenger who’s never won the title in the UFC, you’re giving him more money? It definitely should change. But the fact that my challenger made more money than me in my last fight was just kind of a slap in the face.”

While it appears the UFC is sticking to their guns on the contract, Miocic said he hopes going forward there will be some adjustments made. At the moment, he doesn’t feel things are on an even playing field. 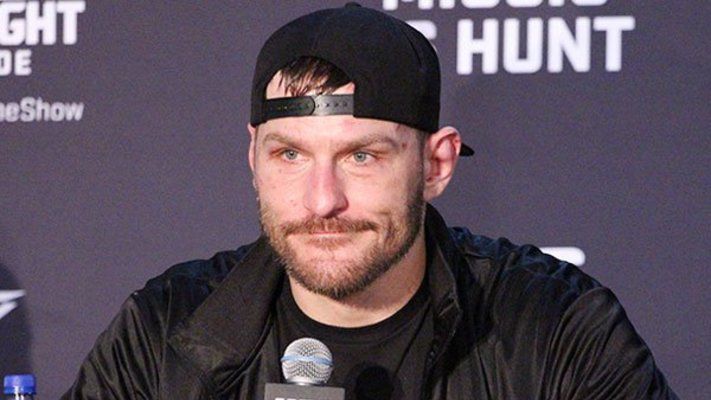