Tonight, Miesha Tate will be competing against Ketlen Vieira in the UFC Vegas 43 main event. However, it’s no secret who her biggest career rival has been. Here is a 2015 article of Tate taking exception to Sports Illustrated naming Ronda Rousey the most dominant athlete in the world.The following article is presented to you in its original, unaltered form. And it is delivered to you straight from the MMA News Archives.

“Cupcake” Tate was quick to point out the fact that Rousey only won a bronze medal in Judo in the 2008 Olympics, so in her mind, there’s at least two athletes that are more “dominant” than Rousey right there alone.

“I don’t know if that’s an accurate statement,” Tate said of Sports Illustrated calling Rousey the most dominant athlete in sports. “I think there are a lot of athletes in the world. Maybe someone who took a gold medal at the Olympics could be considered more ‘dominant’, you know?”

Miesha Tate returns to the Octagon to face Jessica Eye in the co-main event of the UFC On FOX 16 event, which takes place on Saturday, July 25, 2015 at the Allstate Arena in Chicago, Illinois. 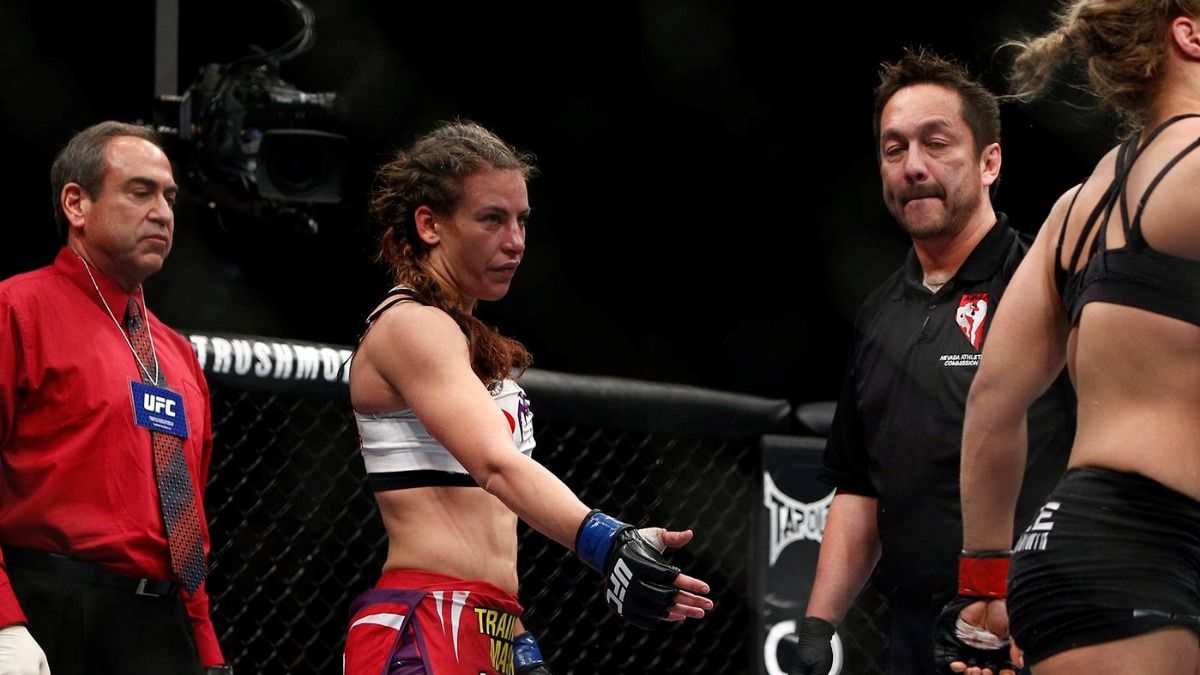