The following is an editorial published soon after UFC Vegas 43 headliner Miesha Tate‘s upset victory over Holly Holm in 2016 to become the undisputed UFC bantamweight champion.

If you have followed Miesha Tate’s career throughout, you will understand and appreciate the journey she has gone through to win the UFC women’s bantamweight championship this past weekend at the MGM in Las Vegas. There is no champion in the UFC that has bounced back as many times as she has. Tate has had her fair share of “humble pie.”

Tate’s arm was broken by Ronda Rousey after refusing to tap at a Strikeforce event for the title in 2012. She also had her nose broken in a fight with Cat Zingano in 2013 at a UFC event in a fight she was winning and could be argued was stopped too early. Let’s not forget the second loss via arm bar again in the rematch against Rousey with Ronda refusing to shake her hand afterward. The struggle was real for her but she refused to quit or be broken.

Meisha Tate has played second fiddle to Rousey watching Ronda make millions of dollars, appear on magazine covers as well as make movies. Miesha was at the top of the women’s division before it became mainstream and appreciated by Dana White. She was primed to become the ambassador for women’s MMA. She was by far the most all around skilled women’s MMA fighter back then — despite losing to Rousey twice — and proved she still is presently on Saturday against Holly Holm at UFC 196.

To compare her grit and gain perspective on her “never give up” mentality, just compare it to Ronda’s reaction to losing only once. She disappeared and hid her face staying out of the spotlight for the last several months. Not to slight Rousey and the pressure she had being the face of the company but it’s fair to say that Ronda’s approach to the fight she lost, her antics before at weigh-in, then her reaction after were definitely not gracious to say the least. Whereas Tate seemed to just get back up and dust herself off. Miesha dealt with the disappointment and sat at press conferences with a broken nose offering no excuses.

Meisha Tate was able to defeat Holly Holm despite being a huge underdog. She came back in classic Tate style stealing the fight in the fifth round with two minutes remaining and behind on all score cards. What was most impressive to me was the patience and game plan she executed throughout. I did not think Tate was mentally capable of that and picked against her on Saturday night.

Tate had a habit of being over aggresive and not picking her battles. She tended to block punches with her face and never kept good distance. An example of this was during the last Rousey fight as well as the Zingano fight. She would actually be winning the stand up exchanges then would shoot in forcing positions that did not always favor her when she was better off backing off. She did that against Holm on Saturday night waiting until late in the fifth when the opening was there to take advantage instead of forcing a terrible shot too early. Tate was her own worst enemy. She practically beat herself many times.

Finally she will get a taste of the championship lifestyle and the respect she deserves. “Cupcake” Tate should also get a much deserved pay raise instead of the 46k/46k official purse she recieved against Holm. It was almost as if Tate was being left behind …but not anymore.

This sets up a trilogy fight between her and Rousey for the title. Many would say based on the past two encounters between the two, it’s Rousey’s title to take back.

I see it differently.

I feel with Tate’s new approach and her momentum combined with Ronda’s lack of activity, Meisha will come out on top this time. She as everyone looks at Ronda differently after her loss realizing her shortcomings. I also believe Rousey is not totally into it anymore and will only be playing the role of a fighter this time. Her heart truly is not in it and she does not really need MMA anymore. This opens up the opportunity for Meisha to redeem herself and the past failures she has experienced.

Meisha’s combination of beauty and strength is the perfect example for women everywhere but her determination is what stands out the most.

Hail to the new champion!! 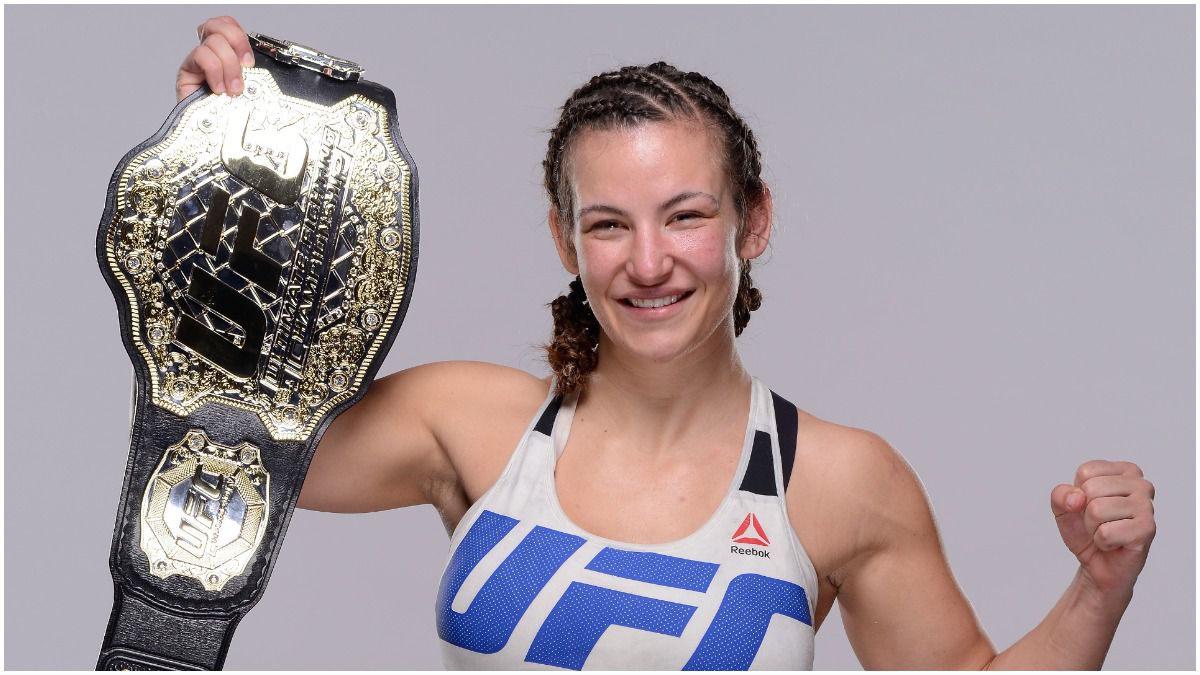