Let’s just say that UFC Vegas 43 headliner Miesha Tate was a happy woman the night arch nemesis Ronda Rousey lost for the first time. The following 2015 article was published soon after Rousey’s UFC 193 loss to Holly Holm. It is presented to you in its original, unaltered form, courtesy of the MMA News Archives.

When Ronda Rousey was shockingly dominated and knocked out by Holly Holm at UFC 193 on Saturday night, many fans were emotional to see her reign come to an end. One person who wasn’t the least bit upset is Rousey’s biggest career rival, Miesha Tate.

Quite the contrary, actually.

“Honestly, f*ck Ronda Rousey. F*ck her and her ‘nobody has the right to beat her.’ Well, you just got beat, b*tch!”

Tate continued, touching on the other half of the equation — the fact that Holly Holm won and now Tate might be right back in the UFC Women’s Bantamweight title picture.

“I’m proud of Holly. She had the perfect, flawless game plan,” Tate said. “She came in here tonight and she’s the champion and I look forward to that fight because I think I’m next in line.”

For complete round-by-round coverage of the UFC 193: Rousey vs. Holm pay-per-view, click here. 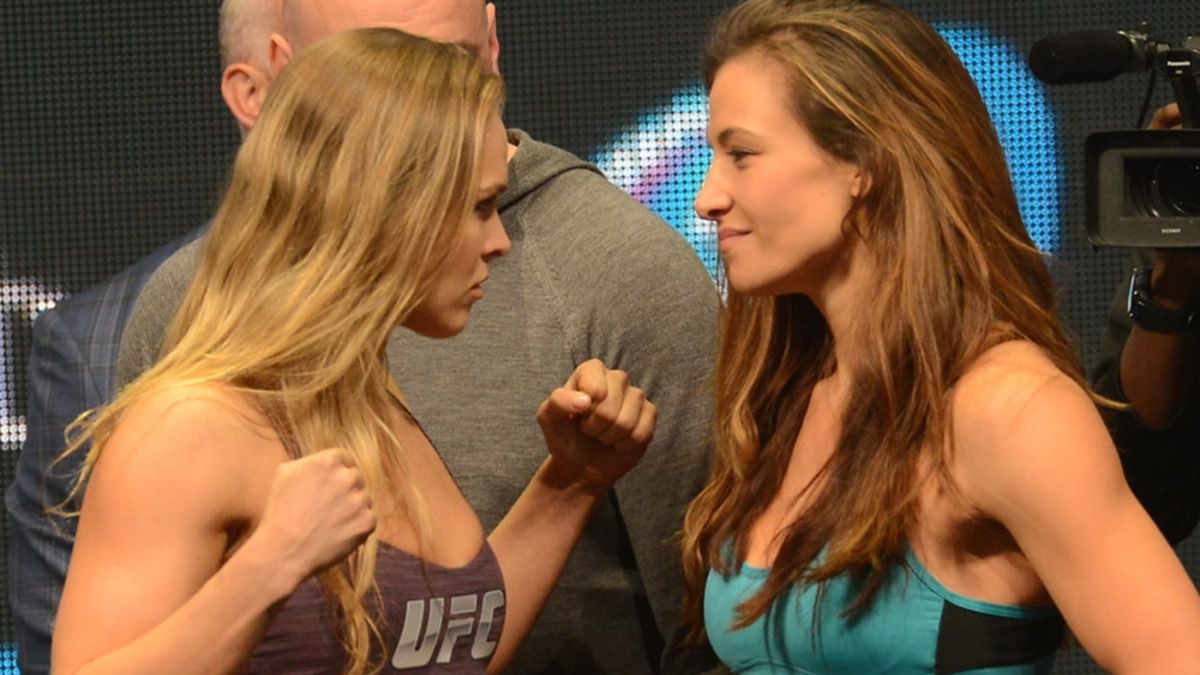