In the main event of UFC 205 in 2016, then-featherweight champion Conor McGregor looked to become the first-ever UFC double champion when he was set to challenge Eddie Alvarez for the lightweight title. Here is a look back at a brief story during the build-up to this hotly anticipated fight in its unaltered, original form.

Reports started circulating Monday that Conor McGregor was knocked out during a sparring session ahead of his UFC 205 lightweight fight with Eddie Alvarez.

John Kavanagh, the head coach for McGregor, addressed the rumors on social media. Kavanagh also added a few more replies, saying “because I’m trying to teach you how to think critically. Otherwise my time wasted on the next silly rumor and the one after that” when asked why he wouldn’t directly address the claims.

Alvarez had his own fun with the rumors, as well, as he took to his official Twitter page to share the following comment regarding the McGregor KO rumor:

I heard of realistic fight simulation training but this is Next level shit !!! Lmao … This happened to me before too , rest up Be safe

UFC 205: Alvarez vs. McGregor takes place on Saturday, November 12, 2016 from the world-famous Madison Square Garden arena in New York City. Join us here at MMANews.com on 11/12 for live coverage of the UFC 205 pay-per-view. 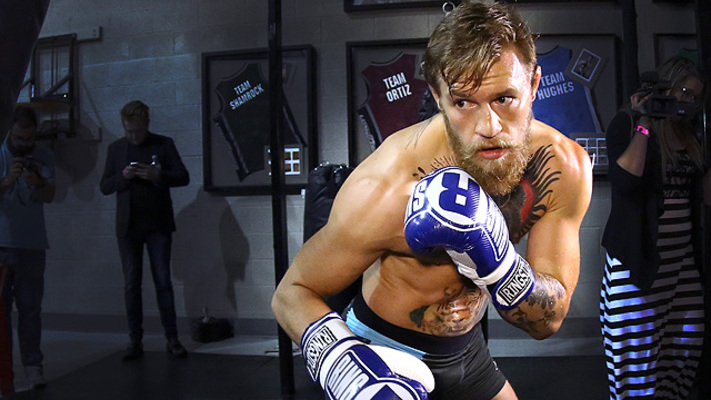