[ARCHIVES] Max Holloway: Send Aldo To Brain Clinic To Get Checked Out
published on November 14, 2021
curated and posted by BRWLRZ Team

The following is a story from five years ago featuring one half of tonight’s UFC Vegas 42 main event, Max Holloway, prior to “Blessed” claiming the featherweight crown. At the time, he had his sights set on the division’s king at the time: Jose Aldo. The following story is presented in its original, unaltered form, courtesy of the MMA News Archives.

Interim UFC featherweight champion Max Holloway wants to unify the belts with Jose Aldo, he just wants to make sure the reigning featherweight titleholder shows up for the scheduled date.

That’s why Holloway is a little reluctant to agree to a February date because he doesn’t believe “Jose Waldo” will make it.

“We got Jose Waldo over here saying Feb. 11. I don’t know,” Holloway said on The MMA Hour (thanks to MMAFighting.com for the quotes). “He wants to retire. He wants to be a soccer player. Now he’s a (expletive) matchmaker. Like I said before, the UFC needs to send his ass to the Cleveland Clinic and check his brain out. They’ve been sending me a bunch of times and my brain seems fine. I ain’t got no problems talking with you guys and doing all this (expletive).

Holloway scored his 10th consecutive victory this past weekend at UFC 206 when he finished Anthony Pettis in the third round. Aldo was given the belt after winning the interim title in July vs. Frankie Edgar when Conor McGregor won the lightweight title.

After McGregor decided to fight Eddie Alvarez instead of Aldo, the Brazilian went public and stated he planned to leave MMA. 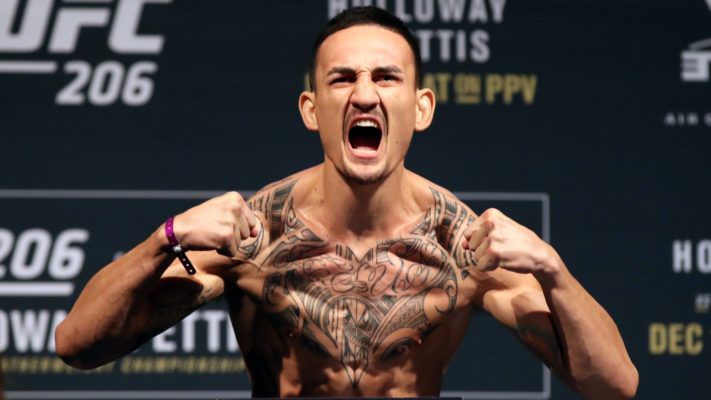