Archives: Marlon Vera Says Jimmie Rivera Is ‘Not A Real Man’ (2017)
published on January 10, 2022
curated and posted by BRWLRZ Team

Five years ago, a 24-year-old Marlon Vera let Jimmie Rivera hear it after Rivera pulled out of their fight. Little did young “Chito” that Rivera would pull out of a fight between them again three years later at UFC 247.

The biggest opportunity fell in the lap of Marlon Vera recently. He was called upon to replace Bryan Caraway at this Sunday night’s (Jan. 15) UFC Fight Night event in Phoenix, Arizona. His opponent was to be No. 6 ranked bantamweight Jimmie Rivera.

Rivera claimed the reason he pulled out of the fight was in fear of coming off like a bully. Vera told BloodyElbow.com that “El Terror’s” only fear was fighting something that isn’t as bad as he thought:

“I think 100 percent he is (scared). Not because I’m the best in the division, but probably he accepted the fight without knowing who I am, and then when he watched my clip, he was expecting a tomato can. When he watched the fights, he probably found out I’m not a tomato can. I have two losses in the UFC, but both of those fights were very close.”

Vera was left confused by Rivera’s explanation for removing himself from the Phoenix card.

“This guy said he teaches kids. I also teach kids in the gym. When I teach kids, I tell them that a real man keeps his word. To me, words mean more than a contract. This guy shouldn’t be teaching kids, because he’s not a professional. He’s not a real man. Every single fighter in the world wants to fight. You get a fight and the next day say, ‘I don’t want to fight.’ That’s proof you are not a real man.” 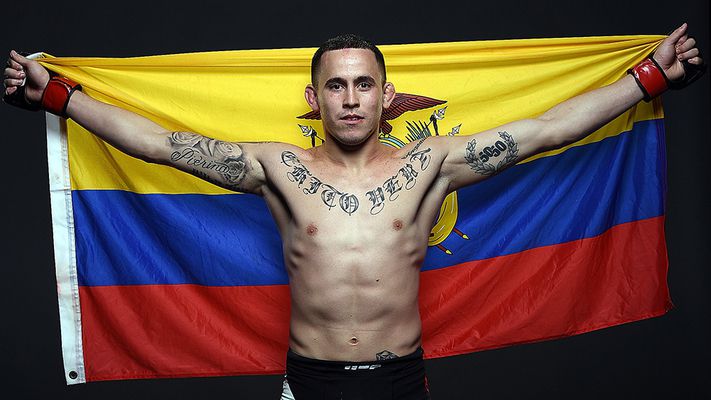