[ARCHIVES] Justin Gaethje Lays Out How To Defeat Khabib
published on October 3, 2021
curated and posted by BRWLRZ Team

On this day one year ago…

28 men have tried to solve the master’s level of the fight game that is Khabib Nurmagomev, and Justin Gaethje believes to possess the path the others did not.

When viewing a typical Khabib Nurmagomedov domination, it’s hard to say if anyone in the UFC has what it takes to hand him his first defeat. But the reality of the matter is that every man is fallible and capable of defeat. At UFC 254, interim lightweight champion Justin Gaethje will look to demonstrate that there is no exception to this rule, including the seemingly inconquerable Khabib Nurmagomedov, and he knows what it will take to successfully do so.

“My confidence is probably my biggest factor right now, paired with the power that I possess, paired with the coach that I have. That’s a dangerous combination,” Gaethje said during a UFC 254 conference call. “I don’t care if I win or lose, at the end of the day, as long as I make my family happy, as long as I’m proud of my performance, then it doesn’t matter. That’s what makes me most dangerous. I don’t know if he’s ever fought someone like that – he probably has.

Justin Gaethje has good reason to be confident heading into the fight of his life, as his aforementioned power has lead to four consecutive stoppage victories, including being the only man to TKO the seemingly indestructible “El Cucuy,” Tony Ferguson at UFC 249. But as Khabib Nurmagomedov has stated, everyone believes they will be the one to defeat him until after the first round. On October 24, we’ll see if Gathje’s confidence and 100% finish rate remain unshaken through the outcome of the fight.

What do you think are Justin Gaethje’s chances to defeat Khabib Nurmagomedov at UFC 254? 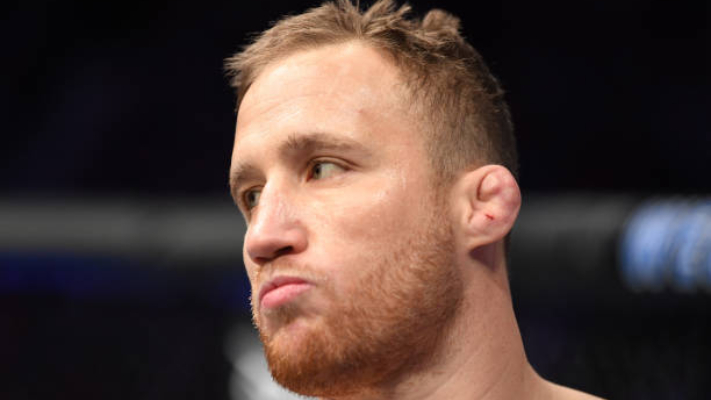