On This Day Six Years Ago…

Julianna Peña, the winner of The Ultimate Fighter 18’s women’s tournament, gave FoxSports.com an interesting interview in advance of her first pay-per-view appearance tonight at UFC 192.

“The Venezuelan Vixen” is 2-0 in the UFC and one of the best prospects in the women’s bantamweight division, with tonight’s fight against Jessica Eye being by far her toughest test to date. During her interview, she tried to make a case for female UFC fighters being a more valuable commodity than the men that take up the majority of the roster space:

In my opinion, women rule the world. We are the neck and we make the head turn. I feel like that’s the way that it should be and I feel like, if anything, we deserve to get paid 10 times more than the men. Sorry to say, but that’s just me being a female and me also wanting more money.

Well, at the very least, the UFC’s biggest draw is Ronda Rousey. The full article at FoxSports has more comments from Pena about gender inequality along the same lines. While she may be exaggerating to a point, unknown women seem to draw more interest from live crowds than fights with unknown men on UFC cards. 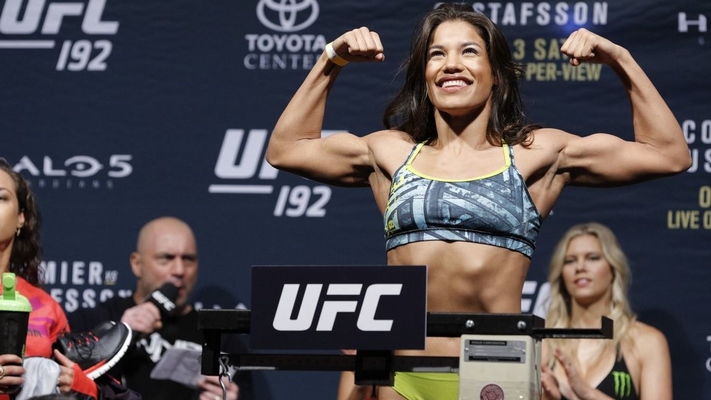