In 2021, UFC fans are well aware that Kamaru Usman is 2-0 against Jorge Masvidal, which includes one of the front-runners for knockouts of the year at UFC 261. On this day two years ago, however, not only had Usman and Masvidal not yet fought, but they were not even booked to fight.

In fact, Usman was only days removed from his first successful title defense against Colby Covington. Nevertheless, Masvidal shared his prediction for how a fight against Usman would go. With the benefit of hindsight, fans can weigh the forthcoming comments against the tide of reality.

Jorge Masvidal believes only casual fans feel Kamaru Usman has a chance against him.

Masvidal’s stock has never been higher and he has some options. “Gamebred” is riding a three-fight winning streak and is coming off a third-round TKO victory over Nate Diaz at UFC 244. Masvidal’s popularity has skyrocketed and potential bouts with Nick Diaz, Conor McGregor, and UFC welterweight champion Usman are all possibilities.

Usman scored a fifth-round TKO victory over Colby Covington this past Saturday night (Dec. 14) to retain his UFC gold for the first time. In a series of video clips posted by Hans Molenkamp through Instagram Stories, Masvidal said he doesn’t believe Usman would stand a chance against him.

“Before I could even challenge for this belt, this is what a lot of people don’t know. A lot of people say that I’m an overnight success story and this and that. I say f*ck you. I say I’ve been here 16 years. You can do the math on how many nights of staying up, no sleep at the gym to finally get here. And now they’re saying that this one dude, this old dude from Africa is the best guy at my weight. I beg to differ man. I think I’d embarrass him to the point that people, they’d think that I went full heel on him from just the embarrassment I’d give him on TV because our skillsets are nowhere near the same. And if you’re hearing this right now and you’re thinking Kamaru has a chance, you’re the f*cking casual because my lineage runs 16 years back of being in this f*cking game.”

Masvidal made it clear that he is targeting Conor McGregor before anyone.

“The first guy to get his ass f*cking kicked and his teeth f*cking punched in is Conor. That’s the first guy that gonna get the floor wiped with. And then after that we’ll sit back and decide who’s next, you know?”

McGregor is scheduled to return to action on Jan. 18. He’ll take on Donald Cerrone in the main event of UFC 246 in Las Vegas. The bout will be contested in the welterweight division. 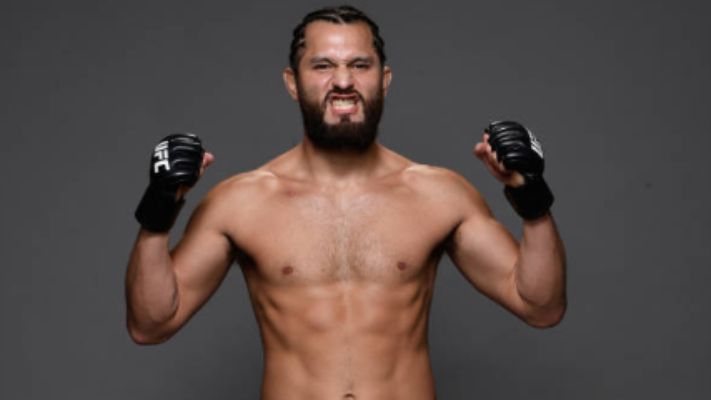