Archives: Gane Wants To Fight Jon Jones Because He’s “The GOAT” (2021)
published on January 22, 2022
curated and posted by BRWLRZ Team

Last year, Ciryl Gane explained why he would love a fight against Jon Jones. If Jones makes his heavyweight debut on schedule and Gane is victorious tonight at UFC 270, then there is nothing theoretically preventing that fight from happening.

Ciryl Gane says Jon Jones is the best MMA fighter of all time and wants to fight him down the line.

Jones, the former longtime UFC light heavyweight champ, has been bulking up for a move to heavyweight. The plan was to face Francis Ngannou, but that hasn’t come to fruition yet. Nevertheless, he still plans to move up to heavyweight, and Gane says he would love for the chance to fight him down the line.

“Yes of course, of course. A lot of people talk about this fight because I am a technical fighter and he is, too, a technical fighter, so the people like to say, ‘Yeah, this is a good matchup.’ So yes, I’m really excited about that because Jon Jones is the GOAT and everybody knows that. So wow,” Gane said to TMZ Sports (h/t BJPENN.com).

“I think it’s a good move for him (going to heavyweight), of course. He can make a lot of money with it,” Gane continued. “He did a lot at light heavyweight, so I understand his move to the heavyweight division, he wants to prove something. But yes, of course, there are a lot of people in this division waiting for the title shot, so every time people say ‘Jon Jones, Jon Jones,’ but we are here, too.”

Although Gane says he wants to face Jones down the line, he will make a quick turnaround and face Derrick Lewis in the main event of UFC 265 for the interim heavyweight title. The 9-0 fighter is coming off a decision win over Alexander Volkov and just three years into his career gets to fight for UFC gold.

Should Gane beat Lewis, he will get a title shot against Ngannou, and if he wins that, a scrap against Jones does make a ton of sense. Whether or not that will happen is to be seen.

Would you like to see Ciryl Gane vs. Jon Jones? 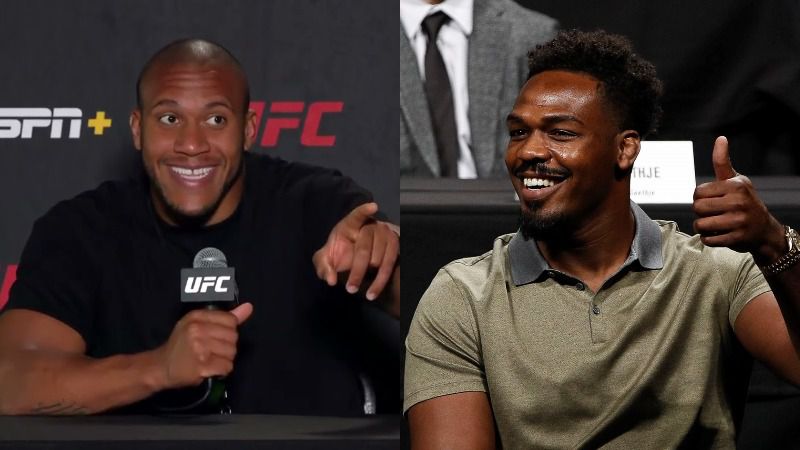