Archives: Eddie Alvarez: I’m The Only Man Who Can Beat Khabib (2021)
published on January 30, 2022
curated and posted by BRWLRZ Team

Months after Khabib had retired from MMA, a name from his past argued that he was the only man who could defeat the undefeated Dagestani.

The following article was published on this day one year ago. It is presented to you in its original, unaltered form, courtesy of The MMA News Archives.

Headline: Eddie Alvarez: I’m The Only Man Who Can Beat Khabib

Eddie Alvarez believes he is the only fight that would make sense for Khabib Nurmagomedov to come out of retirement.

29 men have tried to topple the unbeaten and seemingly flawless UFC lightweight champion Khabib Nurmagomedov and all have failed. As the speculation of whether or not Khabib will pursue a 30-0 record spreads, in another world, perhaps he would already be 30-0, with Eddie Alvarez being on The Eagle’s victims list.

Back in 2016, Eddie Alvarez was the UFC lightweight champion and there were talks of him potentially defending the title against Khabib. In fact, Khabib claims he was sent a “fake contract” to fight Alvarez as a negotiation ploy to lure Conor McGregor into accepting the terms for the UFC 205 main event against Alvarez. McGregor would later dominate Alvarez to become the “Champ-Champ, and Khabib would virally call “Number-1 Bullshit” on the whole fiasco.

Fast forward to 2021 and now Khabib Nurmagomedov is the lightweight champion, and it is Eddie Alvarez who says that a fight between the two would make sense, even though Alvarez is currently competing for another promotion.

Eddie Alvarez currently competes for ONE Championship, a promotion Alvarez has called home since 2019. Alvarez is 1-1 in the promotion and has lost two of his last three fights overall.

How do you think a fight between Khabib Nurmagomedov and Eddie Alvarez would play out? 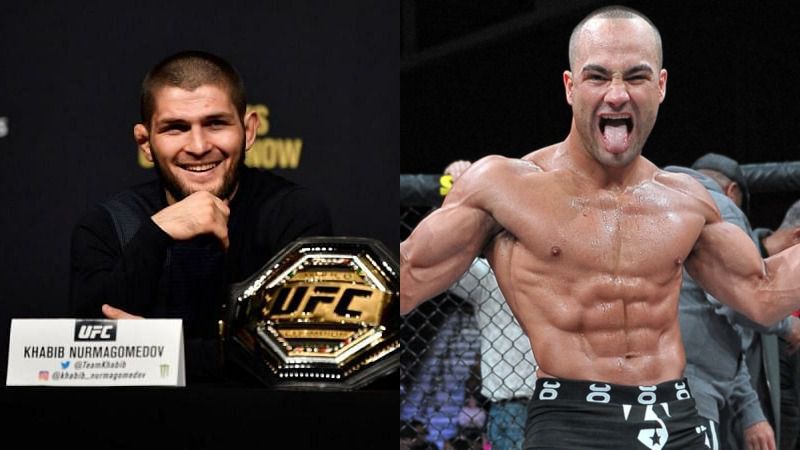