Two years before Derrick Lewis’ attempt to pummel Chris Daukaus tonight at UFC Vegas 45, he did just that to some poor chap who mouthed off to The Black Beast.

The following article is presented in its original, unaltered form, courtesy of the MMA News Archives.

If you’re going to talk trash inside a gym, it would be wise to avoid doing so in front of Derrick Lewis.

“The Black Beast” is known for his knockout power and he’s put that on display numerous times inside the Octagon. It isn’t unusual for knockouts to occur during sparring sessions between teammates. What is a little more rare is when an outsider talks trash and gets his or her comeuppance, although we have seen it before.

Lewis posted footage on Twitter of a quick spar with a man who he claims to be a boxer who disrespected him for being an MMA fighter.

“When a boxers said he will knock me out because I’m a mma fighter.”

ESPN’s Ariel Helwani reached out to Lewis for some details on the gym incident and here’s what he was told.

Asked Derrick about this.

He said a boxer at his gym was talking “a lot” of smack about boxers vs MMA fighters. This happened yesterday. Lasted 1 minute, he said. https://t.co/K7R49cq2iF

“Asked Derrick about this. He said a boxer at his gym was talking ‘a lot’ of smack about boxers vs MMA fighters. This happened yesterday. Lasted 1 minute, he said.”

If anything, the incident may have given Lewis a chuckle as he prepares for Ilir Latifi on Feb. 8. Lewis vs. Latifi will be held on the UFC 247 card in Houston, Texas. “The Black Beast” resides in Cypress, Texas so he is sure to have fans inside the Toyota Center on his side. 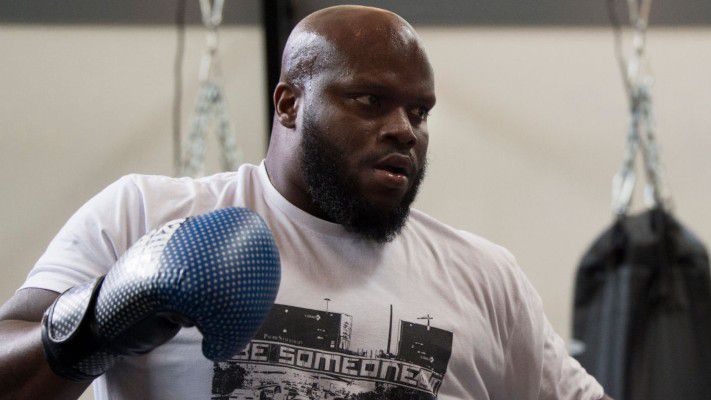