On this day two years ago…

Colby Covington will finally be fighting for the title as he gets to settle his business when he takes on Kamaru Usman at UFC 245. The two do not like each other and have had a feud going on for quite some time now.

Both of them said the other one was not accepting the fight and ducking each other. Yet, on Dec. 14 at UFC 245, the two will finally meet where Colby Covington expects to hear ‘And New’ as he envisions knocking out the champion.

“I see a third-round knockout finish. He’s not going to last in the late rounds and he’s going to find out really quick that he’s not as good as he thinks he is. He sucks at fighting, he’s had an easy road to get there. He came in and beat all my sloppy seconds and now he thinks he’s God,” Colby Covington said to James Lynch of theScore MMA (h/t BJPENN.com). “Now he’s running into God, and he’s going to find out on Dec. 14, he will be finished inside three rounds. Mark my words you heard it here first [with] James Lynch, take it to the bank.”

Whether or not that happens is to be seen. But, Colby Covington is confident he will be too much for Kamaru Usman and hand him another loss as he becomes the welterweight champion. 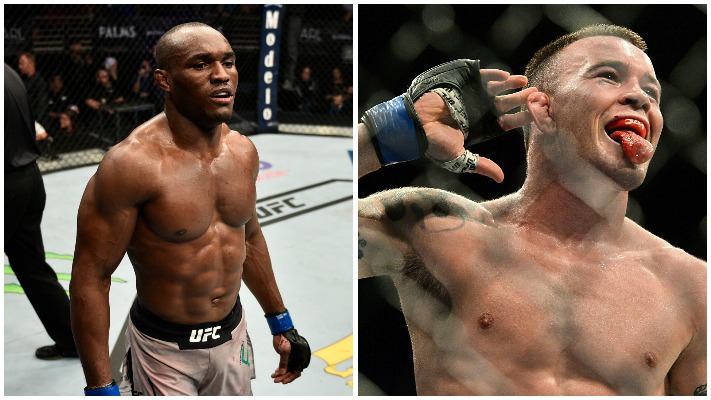