Here’s a story from the MMA News Archives published on this day two years ago featuring two legends of combat sports. The following story is presented in its original, unaltered form.

If Chuck Liddell and Mike Tyson were to brawl on the streets, “The Iceman” feels he’d win that battle.

Liddell appeared on Fighting Is The Reward with Ed Mylett. When asked if he could beat Tyson in a street fight, “The Iceman’s” answer was clear (via MMAMania.com).

“In a street fight, I’d win,” Liddell told Ed Mylett. “I mean, he’s got a puncher’s chance. He’s got a chance to catch me coming in. But other than that, it’s over.”

Liddell was last seen in action back in Nov. 2018. He took on Tito Ortiz in their third match-up. Liddell was knocked out in the first round.

As for Tyson, he hasn’t been in a professional boxing match since June 2005 when he was defeated by Kevin McBride. Tyson did have an exhibition match with Corey Sanders in 2006. While no winner was announced, it was clear that Tyson got the better of Sanders all four rounds and even dropped him. 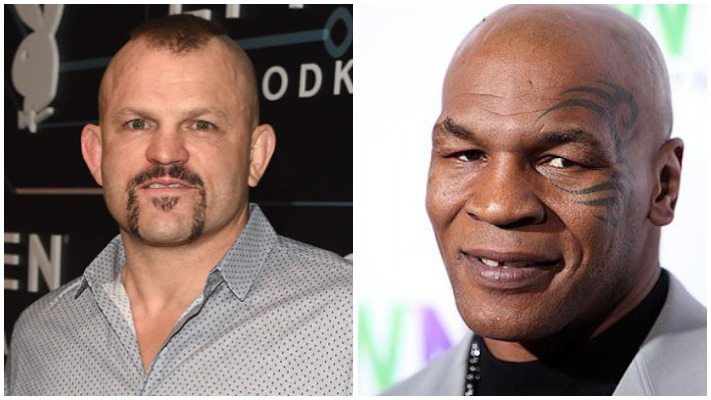