Archives: Cejudo Doubles Down On Wanting To Fight Figueiredo (2020)
published on January 22, 2022
curated and posted by BRWLRZ Team

Henry Cejudo has played a huge part in Deiveson Figueiredo‘s preparation ahead of his trilogy fight against Brandon Moreno at UFC 270 tonight. But two years ago, Cejudo wanted to be the man standing across the cage from him, even though he had already vacated the flyweight title. This article from two years ago gives you the breakdown.

Cejudo, who holds the UFC bantamweight gold, was thought of to be done with the flyweight division. Cejudo also held the 125-pound title but vacated the gold. Following the conclusion of UFC Norfolk,
“Triple C” claimed he’d fight the “ugly detached Siamese twins” Figueiredo and Joseph Benavidez on the same night.

Figueiredo earned a TKO win over Benavidez this past Saturday night (Feb. 29). Had he made weight, he would’ve been the new flyweight champion. Since he did not, the title remains vacant. Speaking to TMZ Sports, Cejudo criticized Figueiredo for not hitting his target (via BJPenn.com).

“I thought it was unfortunate I thought Figueiredo should have made the weight. It was a bit of a cheat against Joe but he did connect that punch,” he said. “Joe did lose, but Figueiredo did not win.”

When asked if he truly wants to fight Figueiredo, Cejudo made it clear that he wasn’t kidding.

“Oh absolutely [I want to fight Figueiredo]. I said it before, I would like to get him and Jose Baldo on the same night,” Cejudo said. “Co-main event and main event. Allow me to make history.”

Cejudo is set to put his bantamweight championship on the line in two months’ time. He’ll collide with Jose Aldo in the main event of UFC 250 on May 9. Cejudo will be in hostile territory as the bout will be contested in Sao Paulo, Brazil.

There was a lot of concern over the future of the flyweight division after UFC Norfolk. In the past, UFC president Dana White admitted he was contemplating what he should do with the men’s 125-pound division. Things are different this time as the UFC boss told reporters that he plans to book the rematch between Figueiredo and Benavidez. Obviously he hopes to avoid seeing another scale fail. 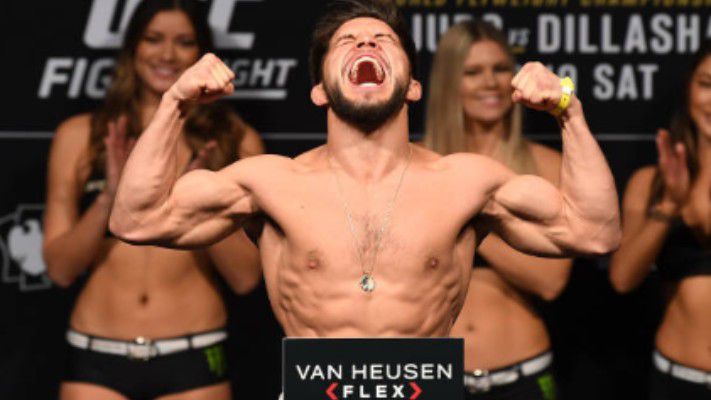