(Archives) Buffer: Amanda Nunes Is Chuck Liddell Minus The Penis (2017)
published on January 9, 2022
curated and posted by BRWLRZ Team

Amanda Nunes and Chuck Liddell have one thing in common. They are both all-time great UFC champions. One thing they do not have in common? A penis.

The following story is presented to you in its original, unaltered form, courtesy of The MMA News Archives.

The world of mixed martial arts (MMA) and sports, in general, was buzzing when Ronda Rousey’s bid for a second run with the women’s bantamweight title was derailed in 48 seconds by champion Amanda Nunes. “The Lioness” was dominant while “Rowdy” didn’t showcase any improvements from her brutal knockout loss to Holly Holm in Nov. 2015.

“I thought (Rousey) was focused, she just got her ass handed to her. She came into Vegas, on Monday or Friday previous, weighing 135 lbs, instead of coming in on 150 or whatever, and having to lose 15 lbs in 5 days. That’s focused! She came in for the kill.”

With Nunes’ punching power, Buffer compared the 135-pound queen to UFC Hall of Famer Chuck Liddell. There is one significant difference, however.

“In the case of Amanda Nunes, who is like Chuck Liddell with a clitoris. It’s like — and minus the penis — this is a woman who can move back and forward, who doesn’t punch and hit you in the face, she punches through your head. She’s probably going to hold that belt for a long time.”

Many have provided their theories as to why Rousey hasn’t improved in the sport. Some shoulder the blame on her coaches while others feel she was overrated to begin with. Buffer offered his take on what has gone wrong.

“She came in being told, in Holly’s case, that she was invincible. Wrong!” Buffer exclaimed. “Nobody is invincible. Okay? She came into this next fight, without any improvement to be seen in the 48 seconds that we saw. Flat-footed, no head movement, walking into a devastating striker to fight her fight. Bad judgment!” 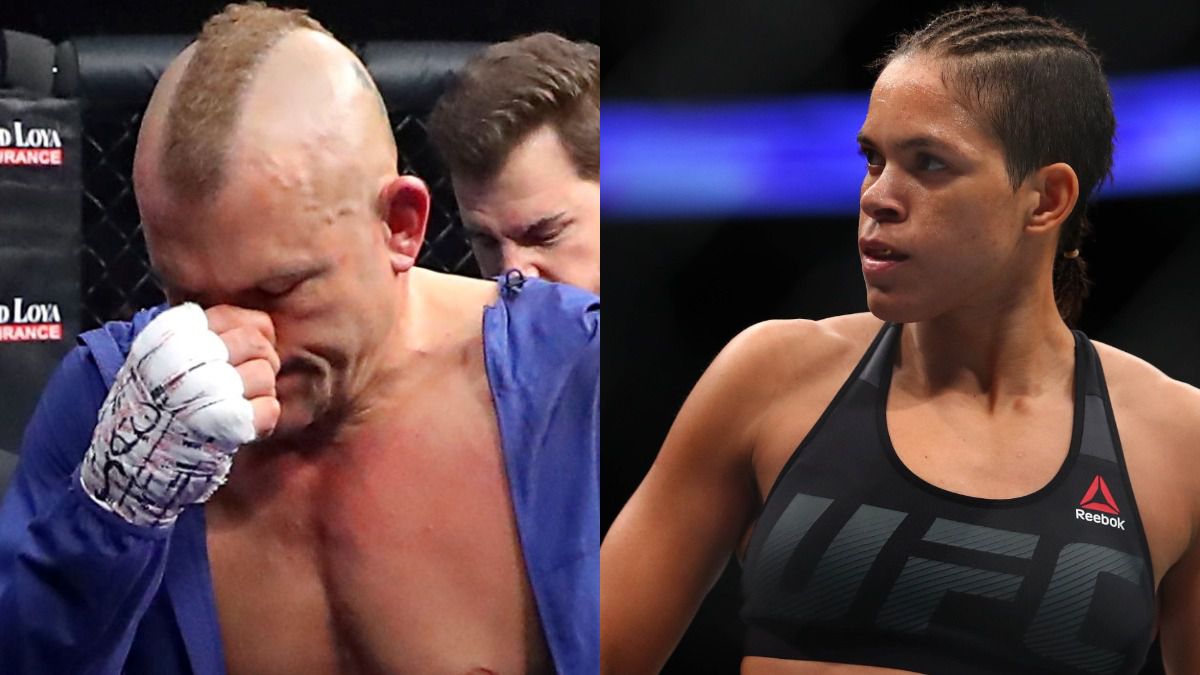