The fact that Ben Askren had just signed with the UFC two months prior to this story did not prevent him from continuing to take shots at company president Dana White. In this story published three years ago, Askren addressed Colby Covington about why he was foolish for trusting White.

The following article is presented in its original, unaltered form, courtesy of The MMA News Archives.

Ben Askren is getting a laugh out of Colby Covington’s current situation.

Covington is in a tough spot at the moment as he’s gone from interim Ultimate Fighting Championship (UFC) welterweight titleholder, to not even being next in line to challenge for Tyron Woodley’s gold. That honor went to Kamaru Usman, who will meet Woodley in the planned co-main event of UFC 235 on March 2.

Covington recently blasted UFC president Dana White, saying he went back on his word. “Chaos” also said White “ain’t got the balls” to fire him. Askren took to Twitter to rag on Covington:

Askren and Covington have been trading barbs ever since “Funky” signed with the UFC. Askren is set to make his promotional debut on the same card as Woodley vs. Usman. He’ll go one-on-one with former UFC welterweight champion Robbie Lawler. The former Bellator and ONE Championship welterweight titleholder will go into the fight with some serious hype. Time will tell if he can live up to it on the brightest stage.

Do you think Colby Covington put too much trust into Dana White’s “promise?” 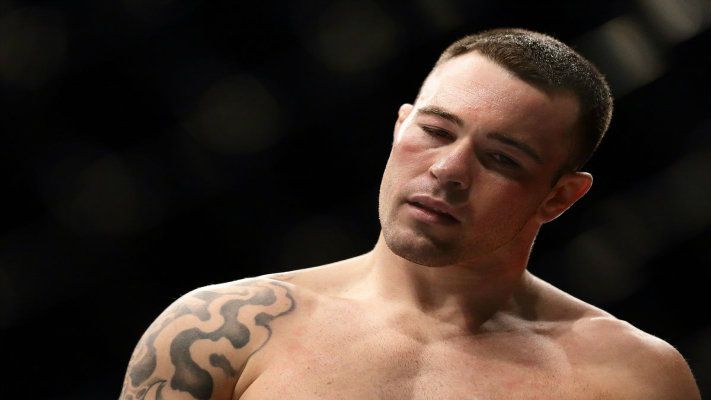