Anthony Smith:”I Get Paid A Lot Of Money To Run My Mouth”
published on January 1, 2022
curated and posted by BRWLRZ Team

Anthony Smith doesn’t understand the backlash to his commentary on fights.

When Anthony Smith isn’t in the cage beating down top-tier fighters, the Texas native often finds himself working the UFC’s broadcast desk. Between fights, Smith breaks down and gives his predictions on the upcoming bouts. Typically, he’s joined by Michael Eaves, Chael Sonnen, and Rashad Evans, among others.

While the desk job may seem a little cushier than throwing blows in the cage, it comes with its own downsides. One of those is that he frequently upsets fans and fellow fighters with his words (h/t MMA Fighting).

“It’s so weird,” Smith said while appearing on The Fighter vs. The Writer. “I’ve seen comments and gotten tagged in stuff where people actually say ‘why is Anthony Smith just up there running his mouth all the time!’ It is the weirdest comment when people say that or I’ll hear things from other gyms where a guy is all pissed off and mad about what I said. He’s like ‘he’s always up there talking sh*t.’

“I don’t know if you guys know this — I get paid a lot of money to just run my mouth and give my opinion. That’s why I’m up there running my mouth all the time. That’s literally my job. I’m paid to answer the questions that people ask me. I don’t know what they expect. I’m not going to bullsh*t you and I’ve always told fighters if you guys have issues with something I say, I’m an open book. If you want to come talk about it, I’ll tell you why I said it and I’ll give you my analysis. Text me. I’ll tell you.”

In picking fights, Smith is always going to have to pick someone to lose. For fighters who pay attention to his analyses, it may ruffle some feathers. Others surely understand the job and let the predictions roll off their back.

People may berate Smith for his commentary, but it’s hard to downplay his fighting skills. The UFC has Smith ranked at #4in his division.  He’s currently on a three-fight win streak, with each of those victories coming via stoppage.  Most recently, “Lionheart” made quick work of Ryan Spann in their main event in September of last year. 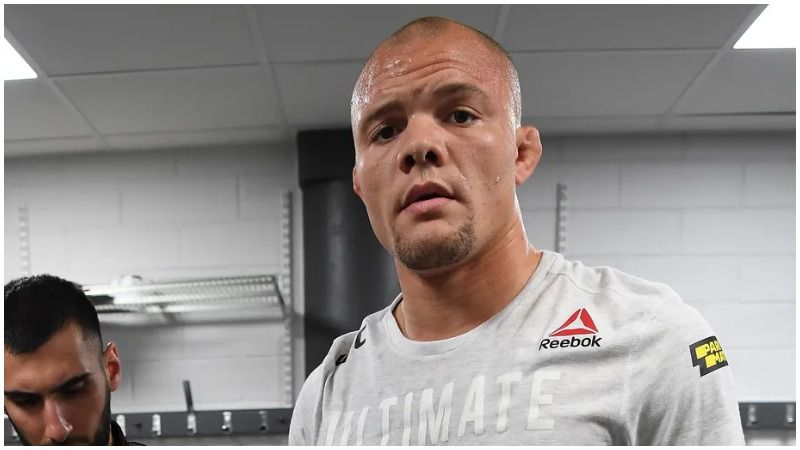