Anthony Smith believes Jake Paul does care about fighter pay and wants to make a difference.

Ever since Paul has started to take boxing seriously and began boxing ex-UFC fighters he has brought up fighter pay and how Dana White doesn’t pay his fighters enough. Originally, many thought Paul was only doing that to help sell his fights and get in a rivalry with White. But for Smith, he believes Paul is being sincere.

“I think he’s being honest, I think he does care. Here’s the deal, we have had these movements where people talk about fighter pay, it is also people it benefits,” Smith said on his radio show on Sirius XM. “In the history of the sport we have had people come from the outside and they want to seem like they are some savior and they are going to come in and save us and help us. At the end of the day, every single one of those guys has had their own end game at the end of it. Jake Paul has nothing to gain here, so I do believe it and it does sound genuine because it is a pain in the ass and it’s hard to do and he’s still attacking it.

“He is continually bringing it up for months and months and months and he’s not letting it go… I think he actually cares and he has shown that,” Smith continued. “Even when he fought Tyron the first time he gave Tyron that little bump in pay, took some of his money, and gave it back to the other fighters so those guys got paid. The easiest way to see if someone is being true and honest is are they willing to put their money where their mouth is and he’s already pulled money out of his own pocket.”

At this point, it is hard to disagree with Anthony Smith that Jake Paul doesn’t care about fighter pay. After all, as Smith says, Paul has taken money out of his own pocket to help the cause. He has also been so vocal about it for months and even donated to Sarah Alpar so she could train full time.

Like it or not, Smith believes what Paul is doing will keep happening for quite some time and perhaps will eventually make a difference.

Do you think Jake Paul really cares about fighter pay? 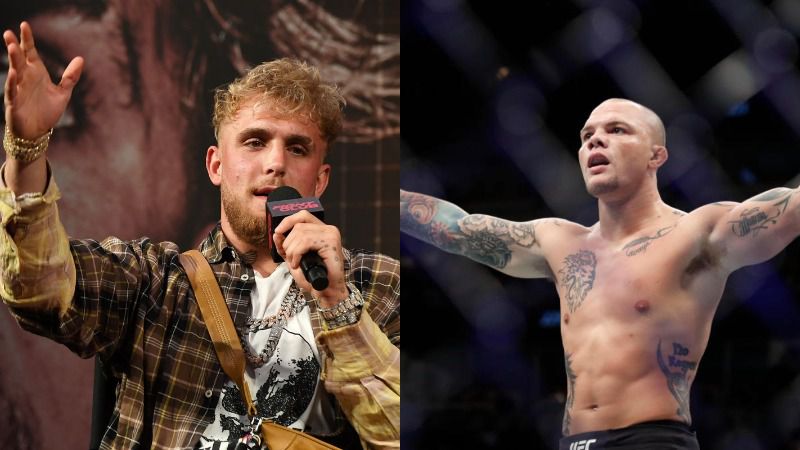