Anthony Pettis Announces Decision To “Part Ways” With The UFC
published on December 23, 2020
curated and posted by BRWLRZ Team

Anthony Pettis has announced that he is parting ways with the UFC and exploring free agency.

Fresh off of a victory over Alex Morono at UFC Vegas 17, Anthony Pettis has decided to enter free agency following the expiration of his UFC contract. Pettis made the announcement on Tuesday evening:

After 12 years I’ve decided to part ways with the UFC to explore free agency.

“After 12 years I’ve decided to part ways with the UFC to explore free agency,” Pettis announced.

Anthony Pettis was only 21 years old when he made his Zuffa debut under the WEC brand. In Pettis’ final bout in the promotion, he executed the iconic “Showtime Kick” on Benson Henderson to capture the WEC lightweight championship. After going 5-1 in the promotion, Anthony Pettis would move up to the UFC where he would later win lightweight gold as well and have many show-stealing performances.

Following Pettis’s victory over Alex Morono this past Saturday, Pettis acknowledged that his decision has been in the making for some time (h/t FanSided).

“Usually, I re-sign my contracts three fights to go or two fights to go, but this time I’m like, yo, I’m 33 years old, this is my eleventh and a half year with this company,” Pettis said at the UFC Vegas 17 post-fight show. “ I’ve been in this company for a long time, I love this place, I grew up under these lights and they made me who I am, but at this point, I’m just gonna take my time go to Christmas, have my new year’s, and then see what happens in the beginning of 2021.”

Anthony Pettis also suggested having a rematch with Tony Ferguson after UFC Vegas 17, which makes this announcement by Pettis somewhat unexpected. However, as long as Pettis is a free agent, it is always possible that the UFC could convince the legend to stay with the right incentives.

Where would you like to see Anthony Pettis continue his legendary career? 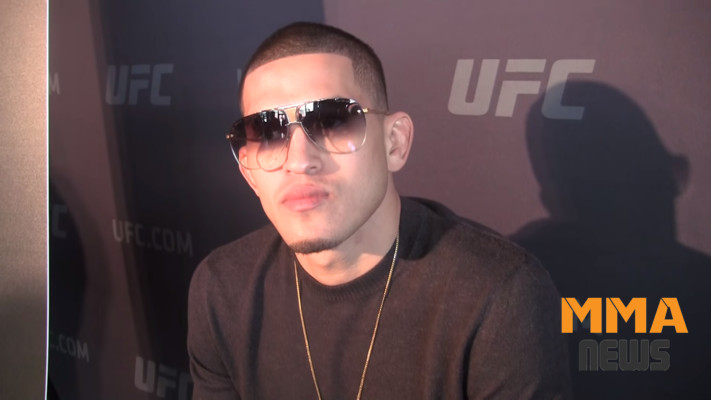