Andrew Tate Open To A Boxing Match With Logan Paul: ‘If He Lays Off The Juice And Wants To Fight Clean, Than Sure I’ll Beat His Ass’
published on October 26, 2022
curated and posted by BRWLRZ Team 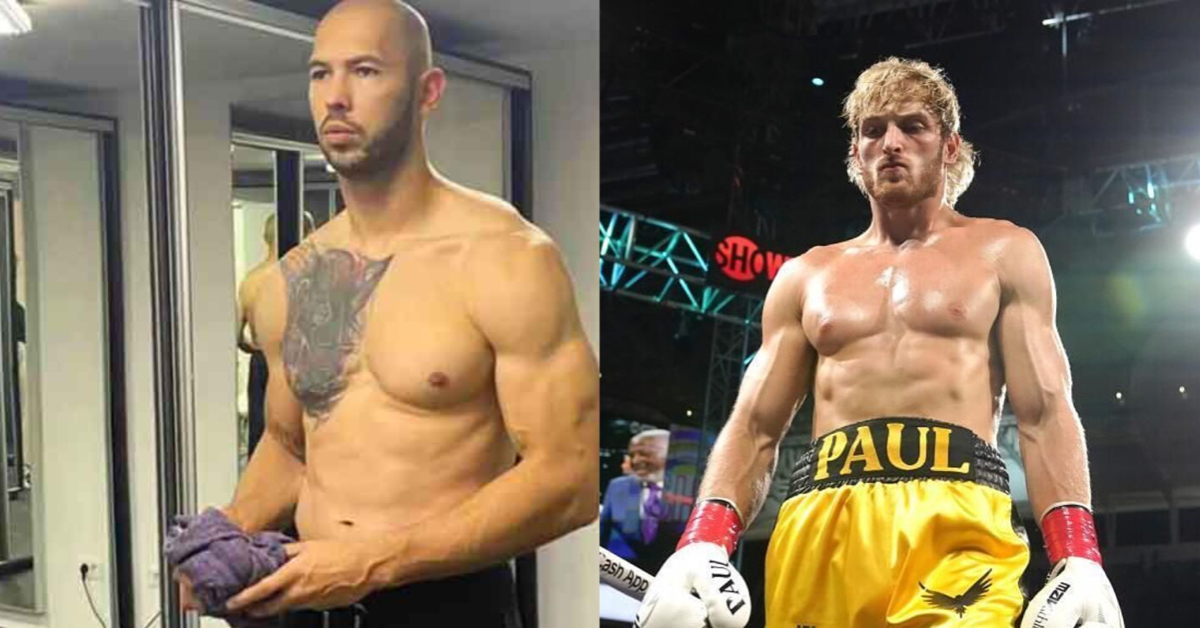 Andrew Tate is open to a boxing match with Logan Paul, as long as he stays off of steroids.

Tate is an internet sensation, but has been banned on most platforms due to his misogynistic feelings he has shared on his social media platforms. He was taken off of TikTok, YouTube, and even Twitter. He had a huge following and was also a kickboxer for many years. He hasn’t yet retired from kickboxing, but he has a career record of 76-9. He hasn’t had a kickboxing match since Dec. of 2020. Tate also has a professional MMA record of 2-1.

Tate was in Abu Dhabi for UFC 280 and was even pictured with some of the fighters that were performing. He had taken pictures with Aljamain Sterling, who was attacked on Twitter by multiple fans for being in Tate’s presence. Tate was also seen with ‘Suga’ Sean O’Malley in the lead to 280. Tate appeared on O’Malley’s podcast to talk about everything from being cancelled, too potentially fighting once again.

Andrew Tate would love to box Logan Paul, however Tate said Paul needs to be off of steroids

“The problem with Logan against me is, I’m a completely clean athlete, but he’s on a sh*t load of steroids,” Tate said on O’Malley’s podcast. “So for him to fight me, either I have to go on a sh*t load of steroids and become a super-heavyweight, because I’m genetically gifted or he has to pass a drug test. If he wants to fight for real and he’ll start pissing in a cup, for sure I’ll smash him up.”

Tate went on to say he would rather box Paul, because Paul would have no chance in a kickboxing fight.

“Boxing translates well to the fans, so I’m happy to box the guy. He’s a big and strong guy, like I said he’s on a bunch of juice. If he lays off the juice and wants to fight clean, sure I’ll beat his ass.”

Tate also claimed he respects Jake Paul a to, claiming he’s a very good boxer. He believes that Paul is a boxer now, not a YouTuber, while Logan Paul is the other way around.