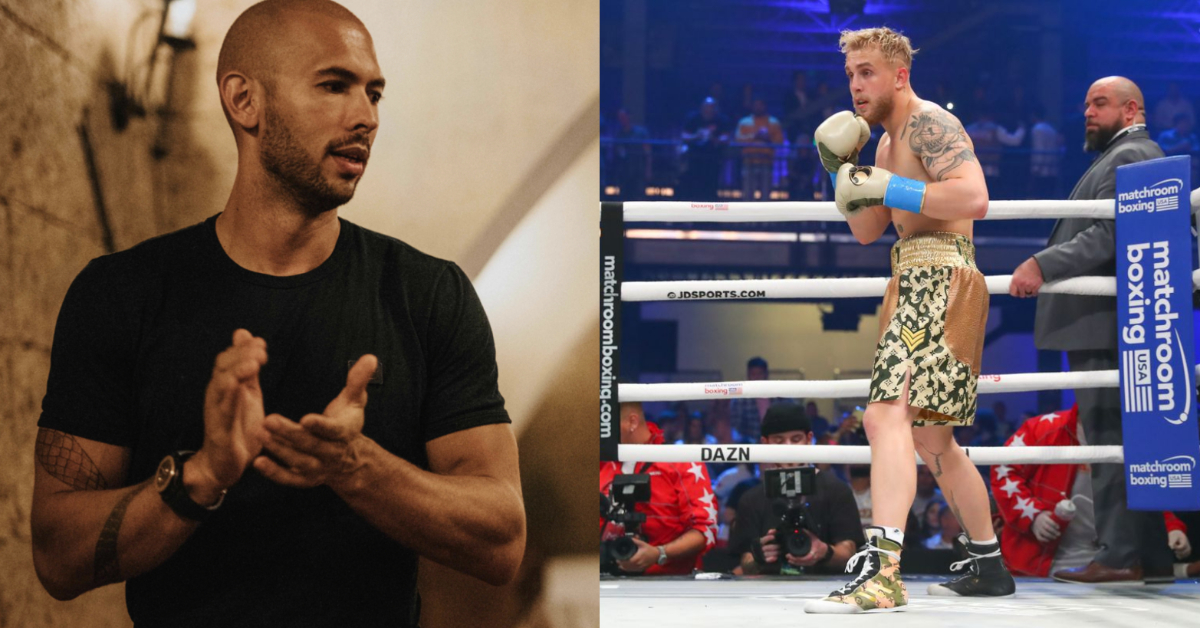 Andrew Tate has praised Jake Paul as he continues on his journey competing in the world of boxing whilst suggesting how a fight between the pair would play out. Paul will face a step up in competition in his next matchup when he is tasked with defeating the former UFC middleweight champion, Anderson Silva.

Andrew Tate was recently interviewed by Rob Moore, sharing his opinions on a variety of topics including the growth of internet personalities competing in combat sports. One man whose name was mentioned during this conversation was ‘The Problem Child,’ Jake Paul.

Tate revealed that he had been involved in a conversation that would have seen him fight the undefeated Paul, but things never came to fruition. Speaking on the matter Tate highlighted the difference between Jake Paul and the rest of these internet superstars who are trying their hand at combat sports as well as how he believes a fight between himself, and Paul would play out.

“KSI is just a YouTuber. Jake Paul is a boxer, and he is certainly the best of all the influencers who are fighting today hands down.“

“It would be a decision I make very consciously but I couldn’t be bought into it. It couldn’t be to say ‘hey you’ll be famous’ I am the most famous man on the plan I couldn’t care.“

“But certainly, he would be the only challenge of any of them, he wouldn’t be easy to beat, I would knock him asleep of course but it would take more than one round. But the rest of them are all just clowns but Jake Paul is in a different league to the rest of them.“

Andrew Tate Pictured Among Numerous UFC Fighters Prior To UFC 280

One of the more controversial individuals on the internet as of late, Andrew Tate, had been seen taking photographs with numerous UFC fighters who were competing on the UFC 280 card this past week.

This included the likes of UFC bantamweight champion, Aljamain Sterling and number one contender, Sean O’Malley. Tate had even gone as far as inviting O’Malley for a tour of Eastern Europe after UFC 280 had been completed.

Tate then found himself in the midst of the action during fight week as footage emerged online of the social media outcast sparring inside a UFC octagon that had been set up for the athletes on the card to use in preparation for their matchups. Whether you like him or not, it seems we may be seeing a great deal more of Andrew Tate involved with some of the more popular UFC competitors.

Would you be interested in a boxing match between Andrew Tate and Jake Paul?