Andrade Explains Why Miesha Tate Fight Would Be Years In The Making
published on December 29, 2021
curated and posted by BRWLRZ Team

Jéssica Andrade has her eyes set on Miesha Tate.

After Julianna Peña submitted Amanda Nunes to become the new bantamweight champion, her friend Tate said she thought of dropping down to women’s flyweight. If she does drop down in weight, the Brazilian Andrade would love that fight.

“I recently read that Miesha is thinking about the idea of going down to 125 pounds and I would love to be her first opponent in this new weight class,” Andrade told MMA Fighting. “Maybe she never thought about it, but I entered the UFC because of her, when she went to shoot TUF with Ronda [Rousey] and withdrew from a fight with Liz Carmouche, and I was signed as her replacement.”

As JéssicaAndrade said, she and Miesha Tate were both fighting at bantamweight when Andrade joined the UFC. Yet, after going 3-3, she dropped down to strawweight and eventually claimed UFC gold.

After losing her belt and then dropping the rematch to Rose Namajunas, she moved up to women’s flyweight. She quickly made her mark with a TKO win over Katlyn Chookagian and got a title shot but lost to Valentina Shevchenko.

In Andrade’s last fight, she TKO’d Cynthia Calvillo. But given the fact that she just lost to champion Valentina Shevchenko, she is in a weird position because she likely won’t get a title shot anytime soon.

With that, Andrade would love to face the former bantamweight champ in Tate, as she believes it would be an interesting fight for the fans that is years in the making.

“[Tate and I] went different directions in the organization, but I followed her this entire time in the UFC when I still competed at 135,” Andrade said. “She won the 135 belt right after I dropped to 115. I believe that a fight between a former strawweight champion and a former bantamweight champion would be an interesting show for the fans.”

Would you like to see Jéssica Andrade vs. Miesha Tate? 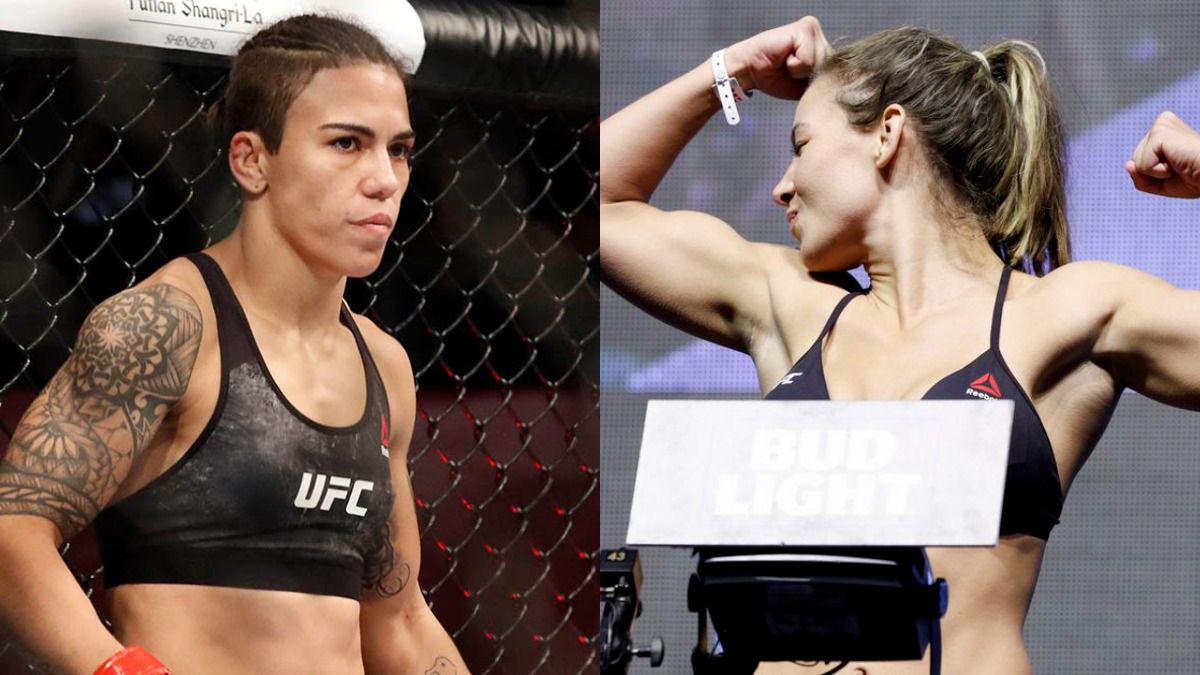