Anderson Silva Is Open To Exhibition Bout With Floyd Mayweather
published on September 28, 2021
curated and posted by BRWLRZ Team

After a tough end to a legendary career in the cage, Anderson Silva is finding new life inside the ring.

Since retiring from MMA, Silva has gone 2-0 in the sweet science. “The Spider” surprised many when he put a clinic on Julio Cesar Chavez Jr. in June. More recently, Silva left Tito Ortiz face down on the canvas when the pair faced off on the Vitor Belfort/Evander Holyfield undercard.

And it seems as though the former UFC champion is awaiting his next opponent. Silva claims fans are calling for him to fight fellow combat sports legend, Floyd Mayweather.

“When I finished the fight with Tito and I saw on my Twitter and my Instagram, everybody talking ‘you need to fight with [Floyd] Mayweather!’” Silva said on The MMA Hour. “I don’t know, that’s insane! I don’t know if I can fight on the same level as Mayweather but this is a challenge for me.

Of course, there is a massive size difference between Mayweather and Silva. Mayweather generally weighed in around 130-150 lbs through most of his career, while Silva’s last fight was at 205lbs. Silva says the bout could be an exhibition like Mayweather vs. Logan Paul was.

And speaking of the Paul brothers, Silva also addressed the Youtubers turned boxers on the show. When asked about the possibility of him meeting one of them in the ring, Silva responded that he doesn’t know who is next. He’ll continue to train daily until he gets a call. But in discussing the Pauls, the MMA great was less cynical and disparaging than many of his colleagues.

“People need to respect them both, because both kids are doing something special. The kids prove this world has changed.”

Would you be interested in seeing a fight between Anderson Silva and Floyd “Money” Mayweather? 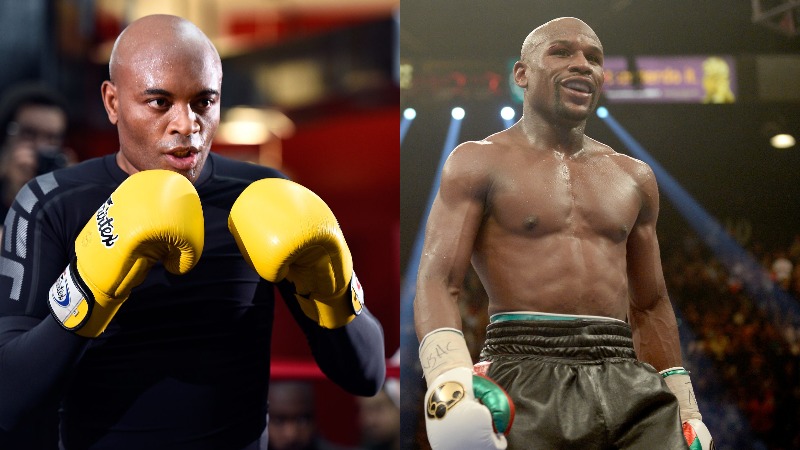