Amanda Nunes Wants The UFC To Freshen Up ‘Stale’ Division
published on December 8, 2021
curated and posted by BRWLRZ Team

Amanda Nunes wants the UFC to shake things up.

As the champion of both the bantamweight and featherweight divisions, Amanda Nunes has a lot on her plate. She must defend both belts and keep both divisions moving along at a good pace. However, although both belts rest on her shoulders, there is only so much she can do to keep things exciting. Nunes wants the UFC to do something to allow for a more mixed bag of possible opponents.

“I think we should go out of the mix.” Nunes told Esporte Espetacular. “Some girls have been fighting for a while now, they’re not even top 10 or top 5. They need to have their shots, too. I don’t pick opponents. If I have to fight Germaine, Holly, or anyone, I will, but I think the fans want something new. You have to mix things up. Make some girls face each other, bring some girls who are the bottom of the division, so it doesn’t look so stale like it is.”

In Nunes’ last 12 bouts she is undefeated at both weight classes. Many of the ladies she has fought are still in the top five of the division and have been working their way back up to title shots. Nunes is calling for the UFC to create more exciting matchups and give the bantamweight division a shakeup. As for the featherweight division, there still aren’t many options or fighters available.

“I’m always ready to give the fans what they want.” Nunes continued. “A knockout or a submission, a high-paced fight. I think the UFC should shake things up in the division. Look for new talent and maybe bring more girls from other promotions. That’s what we’re waiting for.”

Nunes is the #1 pound-for-pound female fighter on the planet. At the pace she is going, it looks like she will remain there until she decides to hang up her gloves for good.

In the meantime, she is using her position at the top and her influence to help get both divisions up and running and allow for more fighters to have the shots they deserve. Nunes will keep doing her job of knocking them down one by one when they do receive that title shot, up next will be Julianna Pena at UFC 269.

Do you think Nunes will lose again in her tenure as UFC champ? 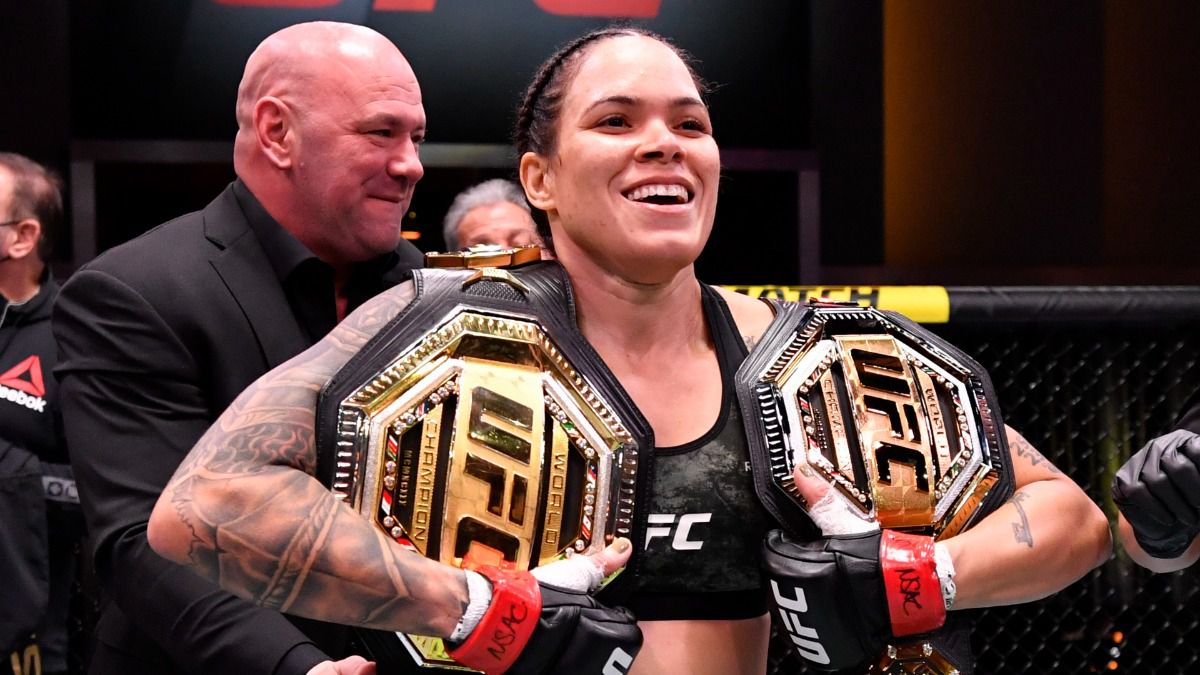