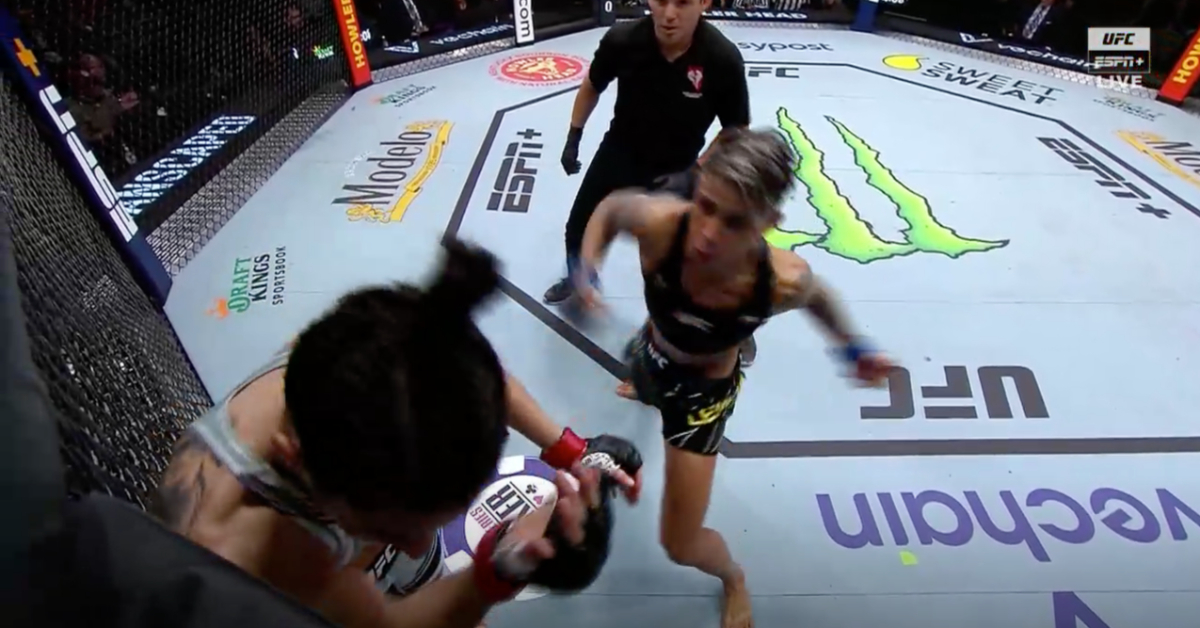 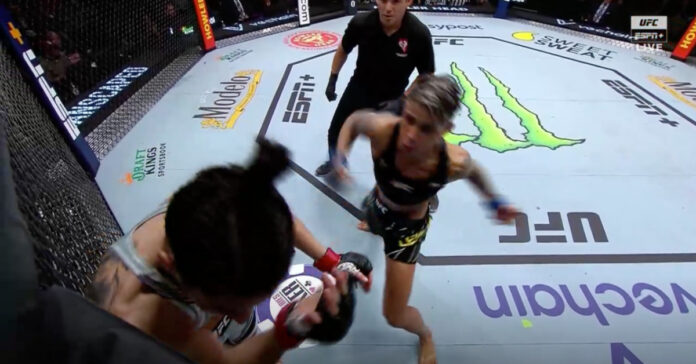 Scoring the most impressive victory of her Octagon tenure to date, crushing strawweight hitter, Amanda Lemos becomes just the second fighter to defeat Brazilian compatriot, Marina Rodriguez — following in the footsteps of champion, Carla Esparza, as she rounds off UFC Vegas 64 with a brutal TKO stoppage.

Lemos, who entered tonight’s main event clash off the back of a guillotine win over Michelle Waterson, had suffered a prior standing arm-triangle submission loss to compatriot and former champion, Jessica Andrade in her first main event outing under the UFC banner.

Likely giving up a close first round against Santa Catarina striker, Rodriguez, Amanda Lemos showed her explosive grappling chops in the second frame, tripping Rodriguez to the ground in the clinch, before threatening both neck crank and rear-naked chokes.

In the early goings of the third, however, a massive right hand landed on the hairline of Rodriguez, splitting the Brazilian open and sending her backward, appearing out on her feet. Closing the distance and the proverbial show, Lemons sprung with a series of follow-up shots on the feet, landing a stoppage success as she calls for a shot at strawweight gold.

Below, catch the highlights from Amanda Lemos’ win against Marina Rodriguez