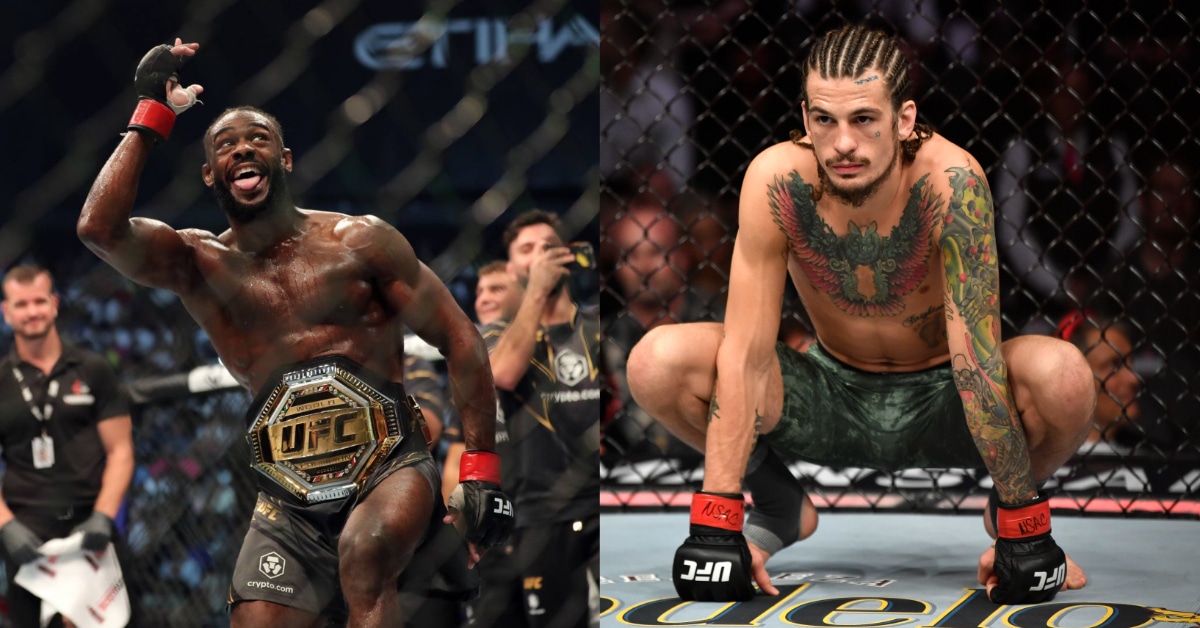 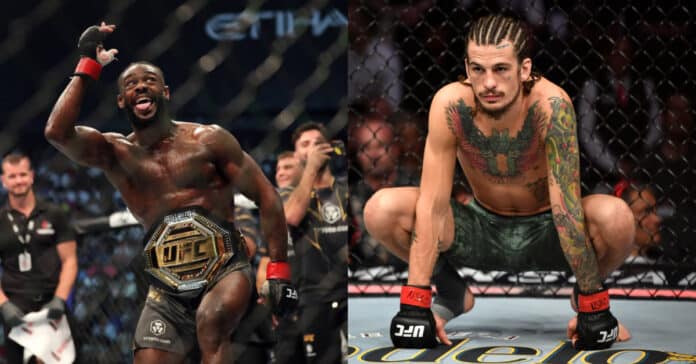 Aljamain Sterling has expressed his interest in a title defense against the number one ranked bantamweight contender, Sean O’Malley, as opposed to an ‘uninteresting’ fight against Henry Cejudo.

The Bantamweight division is deeply stacked with elite-level competitors so the next challenge for champion Aljamain Sterling could come from anyone competing at 135-pounds. Sterling has already notched two defenses during his title reign with a decision victory over Petr Yan and a TKO of TJ Dillashaw at UFC 280.

Fresh off of the back of his most recent victory, the bantamweight champion already has an idea in mind of who he would like to face next.

In an interview with MMA Fighting, Sterling showed respect to the potential next threat to his title in Sean O’Malley and says the eye-catching contender has earnt his shot at the belt should he get one.

“O’Malley did earn it – I can’t deny that,” Sterling said. “Even Dana (White) said you beat the No. 1 contender so it made sense and then somehow, some way he backtracked.

“I’m not sure if he thought my fight wasn’t going to go that way, and I’m not sure if he thought the Yan-O’Malley fight was going to go that way as far as being so competitive. He probably thought somebody was going to get stopped and then, ‘Holy s*** this guy definitely needs to fight for the title!’ That’s usually how it works. It’s usually the performance, but it was a great performance from both guys. Both guys fought their asses off. They got ‘Fight of the Night.’ So I don’t see why either one should have been denied that follow-up claim that Dana made that whoever won would be next and he threw Cejudo in there.”

Henry Cejudo has been actively trying to throw his name into the conversation as the former champion plots his return to competition, however, Aljamain Sterling quickly put that idea to rest but admitting his disinterest in a matchup against the former two-division champion.

I’m just not excited about that matchup [with Henry Cejudo],” Aljamain Sterling said. “Because he hasn’t competed. For me, if the fans cared — like really cared — the overall consensus was this is the matchup to make, Cejudo you are the guy, I’m calling you out, that’s the money fight because people want to see that fight. I just don’t feel like that’s it.

“If O’Malley is the biggest name right now coming off the win, now the No. 1 guy, I don’t see why he shouldn’t get the fight. People are going to say ‘you want the easier fight.’ I don’t get how that fight’s easy? He’s long, he’s rangy, he’s got great footwork. He can crack. I don’t see how it’s an easy fight by any means.”

Who Aljamain Sterling faces next won’t be of much concern to him at this very moment as he doesn’t plan to return to the octagon until the middle of 2023.

Following his victory at UFC 280, the bantamweight champion expressed his interest in taking some well-deserved rest time before he attempts to make the third defence of his belt.

“If we’re finally going to use the merit system, it should actually be O’Malley. That’s what I think,” Sterling said.

“I don’t plan on coming back until midway next year. That’s honestly how I’m feeling right now. I defended the belt. I fought in April. I fought in October. I think I earned to take some time off and let the division kind of play out and see where things are at. I’m going to be training but I want to take some time to enjoy life a little bit before it’s passing me by.” (Transcribed by MMAFighting)

Who would you like to see Aljamain Sterling defend his Bantamweight title against next?