The UFC Bantamweight Championship will be unified later this year, as current champ Aljamain Sterling will meet interim titleholder Petr Yan at UFC 272.

The fight is set to happen on March 5th, as confirmed by Brett Okamoto of ESPN on Wednesday. It joins a card that is currently set to happen at the T-Mobile Arena in Las Vegas, Nevada, USA, which will also feature the featherweight championship trilogy between Alex Volkanovski(c) and Max Holloway.

The matchup gives Yan the chance to reclaim the undisputed bantamweight title. But on the other side, it gives Sterling the opportunity to get another win and override his most controversial victory yet.

Sterling became champion in March 2021 as a fourth-round illegal knee landed by Yan disqualified him from their title fight. This result caused the belt to change hands and gave Yan his first loss since joining the UFC.

While Sterling’s title win in 2021 was controversial, it came after a respected run up the bantamweight rankings. He picked up five consecutive wins from 2018 to 2020, including two submission victories.

He has yet to compete since he earned the belt in the first quarter of 2021.

UFC has attempted to re-book the fight in two different instances, although it has fallen off a card for various reasons. A previous iteration of the bout lined it up to take place on UFC 267 in October. That fight was later scrapped due to Sterling suffering health complications following neck surgery.

Yan still competed on that card, using the opportunity to further solidify himself as the rightful challenger for Sterling’s belt. He went five rounds against Cory Sandhagen at that event, defeating him via decision to become the interim UFC bantamweight champion.

A win for Yan would begin his second title reign as bantamweight champ. His first run started in 2020 after he defeated former featherweight champion José Aldo.

Now that they are booked to meet again, who do you see as the winner? 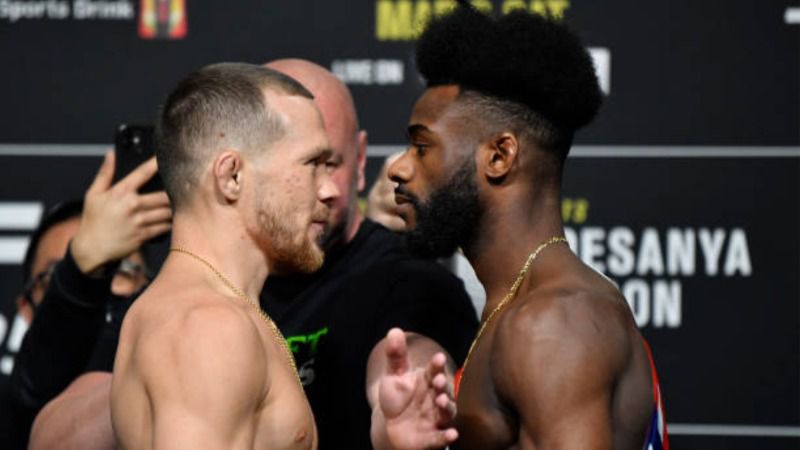