Petr Yan has done some things that Aljamain Sterling feels the fans deserve an apology for.

It goes without saying by now that there is a lot of bad blood between Sterling and Yan at this point in their careers. Of course, a big part of this stems from Sterling taking Yan’s belt by controversial disqualification and then needing surgery, which has delayed their rematch.

After “Funkmaster” was forced out of their scheduled bout at UFC 267, he caught a considerably large amount of flack from the fans, but he does not feel like he is the one that needs to be berated by people. Speaking on The MMA Hour, he explained that this whole mess of a situation, with an interim title being put in place, is all because of Yan himself and the mistake that he made.

“This whole thing, Ariel, could’ve been avoided. I just hope the fans, the reasonable fans with a brain, actually understand that, that this was all because of Petr Yan that this division is now in this situation. It’s because of him. He could’ve won the fight. He was on his way of dominating. He started to pull away, he was beating my ass all fourth round. I still landed two head kicks right before I shot in, and then he kneed me in the head, but he was beating my ass. That’s a fact,” Sterling said.

“But this is all his fault because he’s that stupid. You want a champ that doesn’t know the rules and tries to get away with sly, dirty shit? I mean, to each his own, but this is all on him. He’s the reason we’re in this situation to begin with. We could’ve been gone on. I could’ve been still recovering, doing my own thing, not having clown emojis on my page because I’m healing from a surgery, and things would’ve been normal.”

Sterling also felt like it was necessary to apologize to the fans for the situation at the top of the 135lb division. However, he was not apologizing for anything that he has done, instead saying that he was sorry that Petr Yan made the mistakes that he did.

Aljamain Sterling is hopeful to get back to action in the first part of next year. He is expected to face the winner of the UFC 267 interim title fight between Petr Yan and Cory Sandhagen. 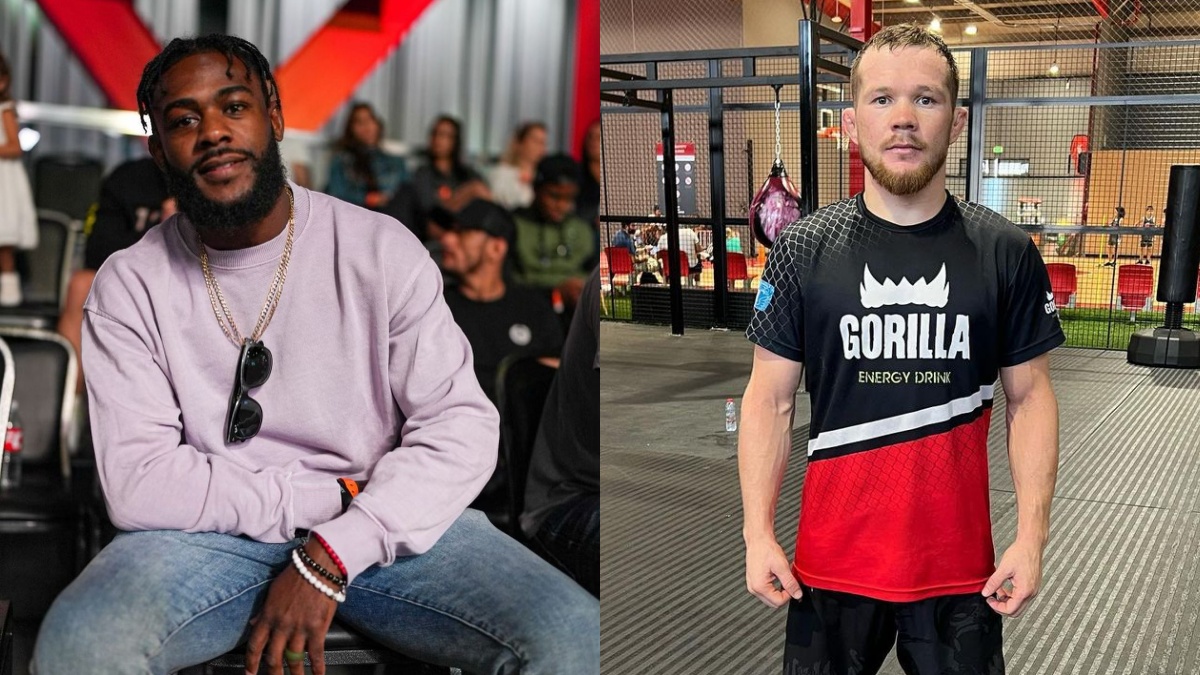