Alistair Overeem: At Least The UFC Is Paying, Other Promotions Are Not
published on November 10, 2021
curated and posted by BRWLRZ Team

“The Demolition Man” was always paid by the UFC, but that wasn’t true of every promotion he fought for.

One of the biggest gripes from both fans and fighters is UFC’s pay rate. With fighters setting up GoFundMes and the current heavyweight champ claiming he has to “borrow money” to get by, critics of fighter pay have had plenty of ammo in recent months.

Former UFC contender Alistair Overeem sympathizes with the athletes but says that at least the promotion pays its athletes what they are contracted for. He went into more detail on a recent episode of Chris Weidman’s Won’t Back Down podcast.

“… Some promotions don’t pay… so, in that regard, UFC always pay their bills. There’s an argument going about fighter pay. You know, I understand it. But they are paying. Other promotions are not paying.”

In 2010, Overeem returned to his roots in kickboxing and won the K-1 Grand Prix.  According to “The Reem,” even though he beat some of the best in the world on a huge stage, more than decade later, he still hasn’t been paid for his run through the tournament.

“Well, they [UFC] are absolutely huge, right? – The biggest MMA promotion. But, you know, if I look at the other promotions, okay, K-1 didn’t pay me my prize money. That’s a lot of money. That $400k check, they never wired that.”

After nearly a decade with the UFC, Overeem was released after losing to Alexander Volkov earlier this year. Over the summer it was announced that the Dutch striker had returned to kickboxing, this time, under the Glory banner. He was scheduled to meet Rico Verhoeven last week, but an injury force him from the bout. 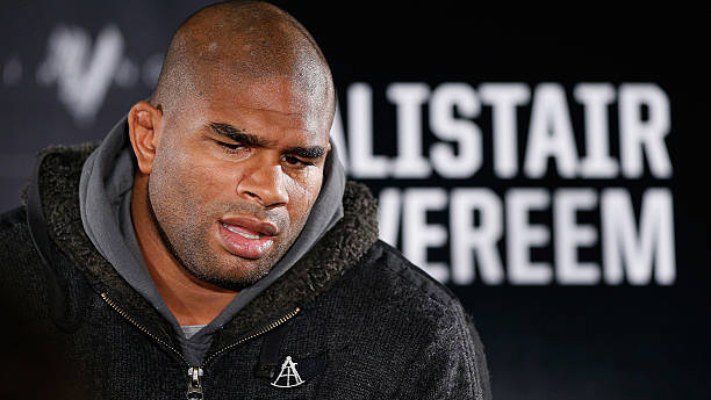