Alexander Volkanovski Thinks Holloway May Be Afraid Of Hurting Legacy
published on November 19, 2021
curated and posted by BRWLRZ Team

UFC featherweight champion Alexander Volkanovski is taking shots at Max Holloway over allegedly prolonging a trilogy between them.

Volkanovski paid close attention to Holloway’s most recent win over Yair Rodriguez at UFC Vegas 42. While Holloway earned the unanimous decision win, it was a back-and-forth war in which both men suffered brutal damage in the Octagon.

Despite praising both men for the fight, Volkanovski thinks Holloway might be purposely avoiding the third fight with him for the featherweight belt. During a recent post on his YouTube channel, Volkanovski claimed Holloway may be playing it safe when it comes to his legacy in the UFC.

“We’re waiting on it,” Volkanovski continued. “I’m sure the UFC said it to Max. So, the UFC, green light’s on UFC for the trilogy; green light for me. But the only one that’s talking about other options is Max Holloway. So, yeah, this might rattle a few feathers, but I’m gonna leave you with this. Am I saying he’s scared? Maybe.”

Holloway has hinted at a potential Conor McGregor rematch among his options for his next fight. When asked what he wants next, Holloway seemed a bit vague on whether or not he wants a third fight with Volkanovski.

Volkanovski most recently defeated Brian Ortega in a Fight of the Year contender at UFC 266. The Holloway vs. Rodriguez bout was thought by many to be a No. 1 contender fight.

While Volkanovski and Holloway seem to have mutual respect for one another, the competitive banter between arguably the two top featherweights in UFC history continues. It remains to be seen whether or not this will result in the third matchup between them after their first two bouts were ruled controversially in Volkanovski’s favor.

Who do you think wins in a trilogy between Alexander Volkanovski and Max Holloway? 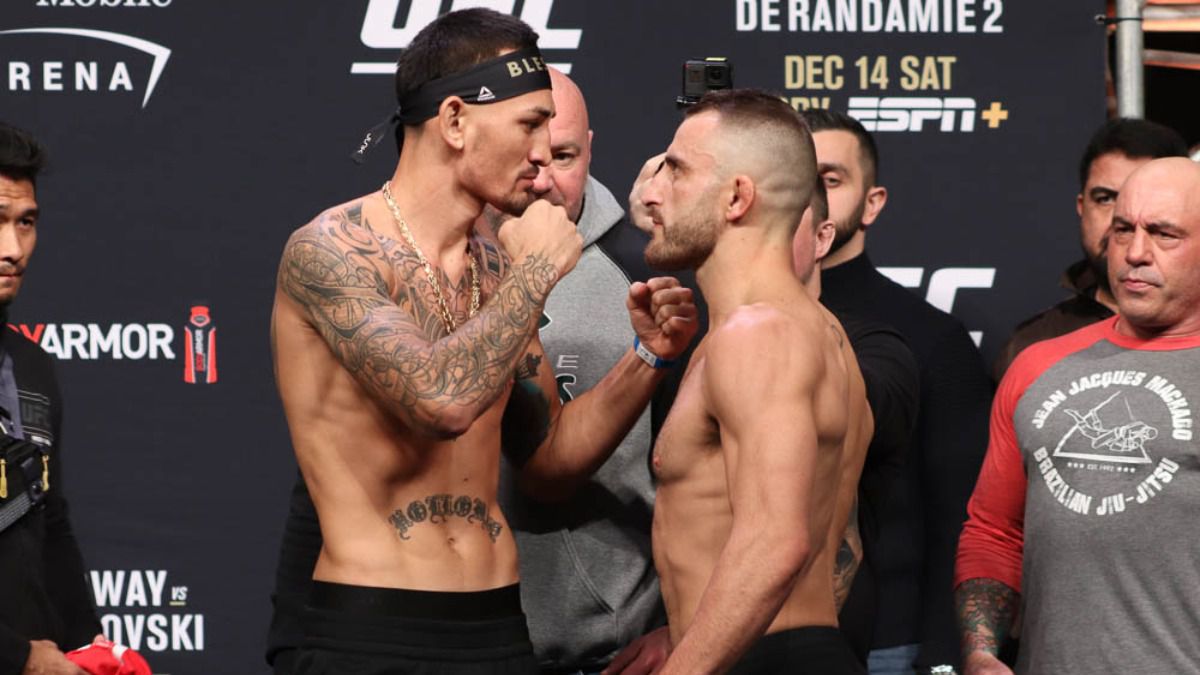