The third meeting between UFC Featherweight Champion Alexander Volkanovski and Max Holloway has a date—that being March 5 at UFC 272.

The new matchup gives Holloway a chance to regain the 145-pound belt and avenge the two previous losses he took to Volkanovski in recent years.

The two featherweights first met in late 2019. Volkanovski went five rounds with Holloway in that fight to walk away with a unanimous decision win. The fight was re-booked for just seven months later, giving Holloway an opportunity to even his score with Volkanovski.

Volkanovski pulled off the win in that meeting as well—albeit in a closer split-decision outcome.

Holloway has worked his way towards another title opportunity since then, fighting in two UFC main event bouts. He kicked off his 2021 with a dominant striking performance against Calvin Kattar. Later in the year, he fought in a more competitive five-round battle against Yair Rodriguez for another decision win.

Volkanovski defended his belt for the second time in September, defeating Brian Ortega in a hard 25-minute scrap. The result not only continued Volkanovski’s reign as champ but marked his 10th consecutive win since joining the UFC in 2016.

Who do you have in the trilogy? Do you have Max Holloway scoring his first win, or do you see Alexander Volkanovski going up three-to-nothing? 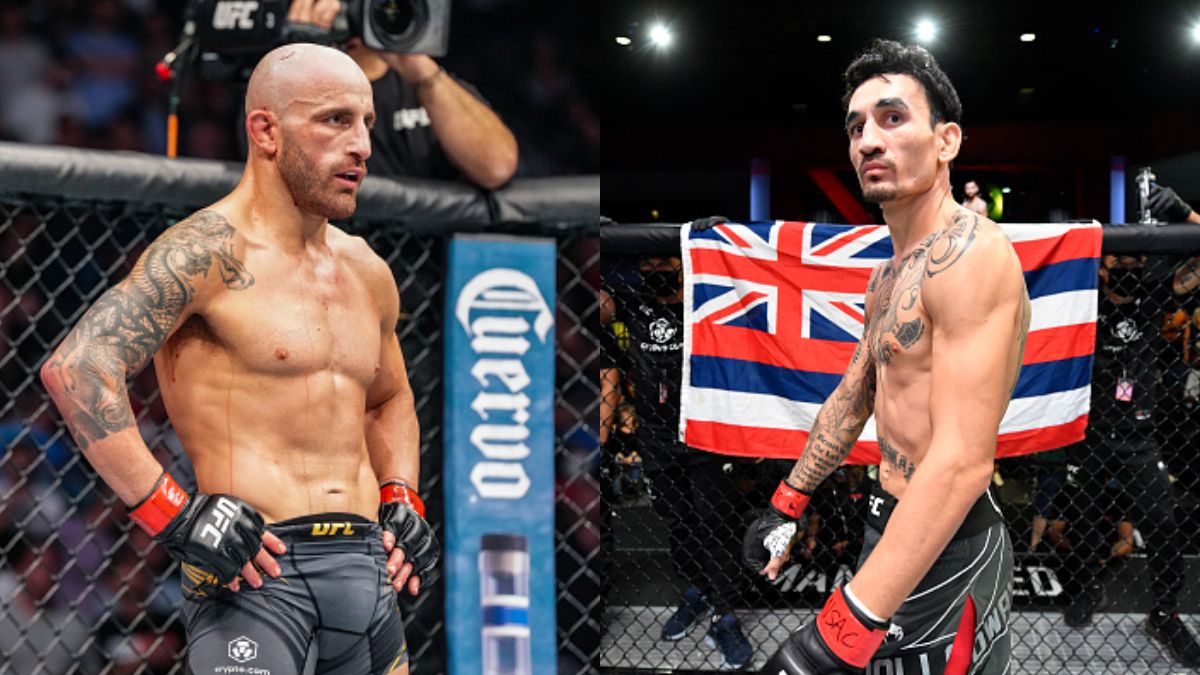