Pereira is set to make his UFC debut in the prelim headliner against Andreas Michailidis at UFC 268. It’s an intriguing matchup and due to the fact Pereira holds two wins over Adesanya in kickboxing, including a KO win, many think he will get fast-tracked to the belt. Yet, for the Brazilian, he says he isn’t here for Adesanya, instead, he wants the belt.

“I didn’t come here after Adesanya, I came here to be a champion,” Pereira said at UFC 268 media day. “Who knows, maybe by the time I get there he’s no longer the champion anymore. So I’m just taking it step by step. I just got to the organization and I’m just aiming to be a champion here. If I get there and it’s him, fine. If it’s not him, I’ll work with what I have.”

Entering his UFC debut, Alex Pereira knows many view him as the guy that knocked out Israel Adesanya. However, for him, he says that doesn’t matter, as he’s just here to fight.

“It makes no difference for me,” Pereira explained. “I did beat the guy, it’s part of my story. Maybe if I had lost to him it would annoy me a little bit.”

Pereira is just 3-1 in MMA but is on a three-fight losing skid as he lost his pro debut back in 2015. He then had two fights in 2016 and made his return in 2020 in LFA where he scored a highlight-reel KO win over Thomas Powell. He’s a former two-division GLORY kickboxing champion and also knocked out current UFC light heavyweight, Dustin Jacoby in kickboxing as well. 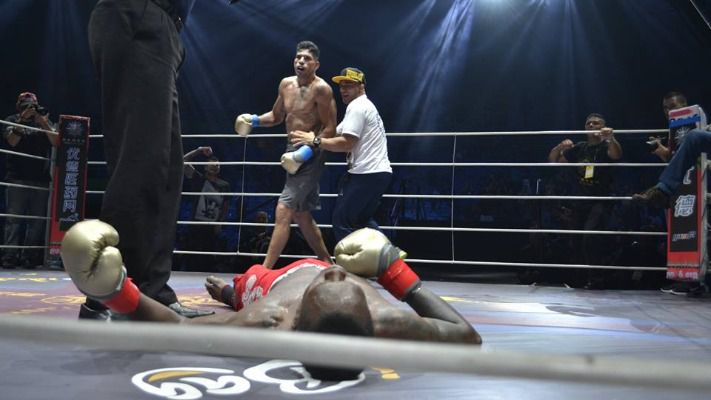