First, there was Fallon Fox, then Alana McLaughlin entered into the picture as the second open trans fighter competing in MMA.

Their fateful journeys have not been met without sacrifice and controversy. The 38-year-old McLaughlin who made her transition from male to female is taking issue with some recent legislation that was signed into Texas law.

The U.S. state of Texas effectively banned trans women from competing in girls’ athletics in public school settings. While the bill was signed by Texan Governor Greg Abbott, the fulfillment of its obligations will take place starting Jan. 18 of 2022.

Of course, for Alana McLaughlin, the news is perhaps obstructing her overall goal of helping the trans community. However, when it comes to courage, McLaughlin has already shown as much by fighting as the second-only, openly trans woman in a male-dominated sport like MMA.

After hearing of the new law in Texas enacted by Governor Greg Abbott, Alana McLaughlin, who has been an unlikely crusader for LGBT in sports, briefly mentioned how the law falls short.

“They are using transgender children as scapegoat and compromising their health and safety to score political points with their party and their constituents. Alana McLaughlin told The Guardian.

It appears Alana McLaughlin believes that trans kids are being used as political footballs to grandstand and appease constituents. McLaughlin’s passion for social issues continues to draw headlines and touches on a perceived divide present in the United States.

“We deserve love and safety and inclusion, and make no mistake: we will win this fight, and history will not remember dinosaurs like Abbott and DeSantis kindly.” McLaughlin concluded.

The open trans fighter made her successful MMA debut in Sept. Alana McLaughlin fought through adversity in her debut performance, and earned a rear-naked choke victory in round two. Following the emphatic win, “Lady Feral” received a barrel of death threats. As her foray into MMA continues, Alana McLaughlin is starting to shift societal focus on issues important to her identity as a trans woman.

What is your opinion on trans women being able to compete in female sports? 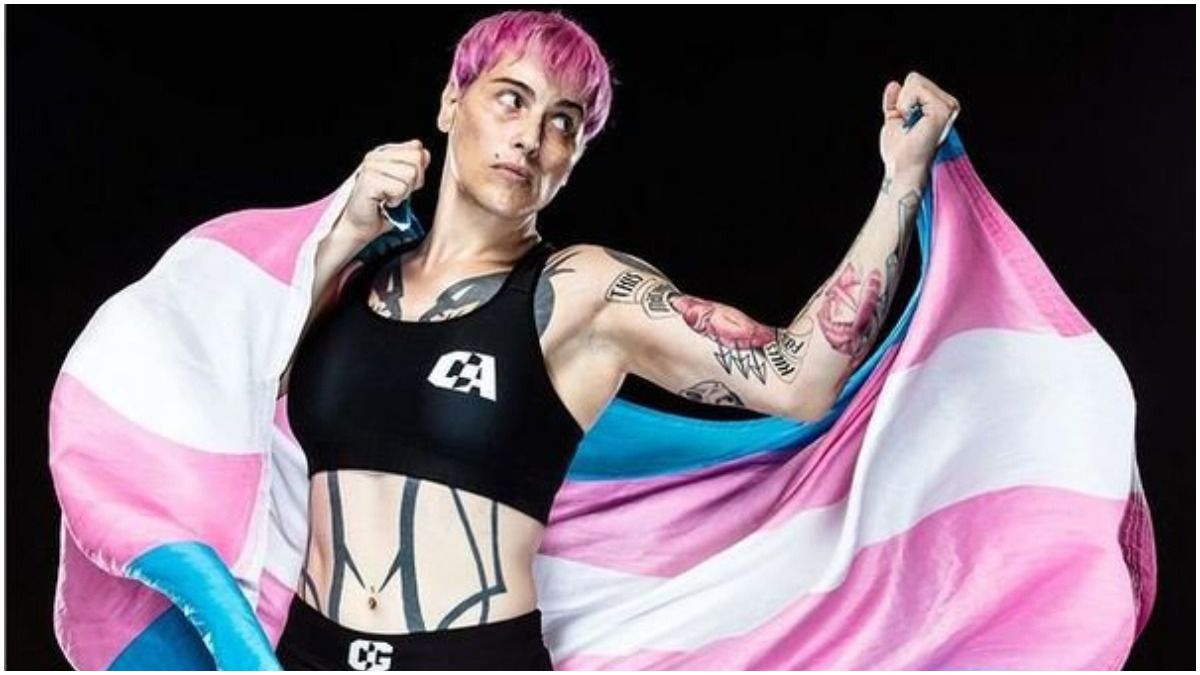