Al Iaquinta Suggests Loss To Green At UFC 268 Was His Last Fight
published on November 19, 2021
curated and posted by BRWLRZ Team

Lightweight veteran Al Iaquinta has admitted he “gave up” against Bobby Green at UFC 268, and suggested he’s likely to retire from the sport.

Iaquinta, who’s fought in the UFC ever since a defeat to Michael Chiesa in The Ultimate Fighter 15 Lightweight Tournament final in 2012, has gone 1-4 across his last five fights. The torrid run began with his sole title fight in the promotion.

After building a five-fight winning streak, which included victories over Joe Lauzon, Jorge Masvidal, and Diego Sanchez, “Raging” Al found himself opposite Khabib Nurmagomedov in an extremely short-notice matchup in 2018. Iaquinta was originally set to face Paul Felder at UFC 223, but stepped in to face “The Eagle” after an injury to Tony Ferguson and concerns over first-choice replacement Max Holloway‘s weight cut.

In the five-round main event, in which Iaquinta was ineligible to win the vacant belt, Khabib emerged victorious on the judges’ scorecards. Despite falling to his first defeat in four years, the New York native made it further than the likes of Conor McGregor, Dustin Poirier, and Justin Gaethje did against the Dagestani.

After an immediate rebound win against Kevin Lee was followed by consecutive losses to Donald Cerrone and Dan Hooker, Iaquinta spent over two years away from the Octagon. He returned earlier this month in front of a home crowd inside Madison Square Garden. However, his comeback was spoiled by Green, who finished the 34-year-old in the opening round.

Despite being closer to 30 than 40, Iaquinta believes fans have now seen him in action for the last time. During the latest episode of the Call Me Al Show, the former lightweight contender admitted the effort and training needed to compete at the highest level is simply not worth it for him anymore.

Iaquinta went on to admit that he essentially quit after being hit with a hard shot by Green on November 5. The 34-year-old’s apparent retirement comes after he “gave up” for the first time in his career. According to Iaquinta, his body is not up to competing anymore.

“To be honest with you, it was the first fight that I gave up in. He didn’t knock me unconscious, I kind of turned and covered up, I was conscious and knew what I was doing. I just wanted (out), that was it. I realize he hit me hard and it probably wasn’t going to be a good night for me. I was not confident in my preparation, my cardio, my wrestling. These guys are training hard, three times a day, two times a day, really hard. My body just can’t hold up to that anymore. This is the first time in my career ever that I gave up in a fight.”

Do you think Al Iaquinta has fought for the last time? 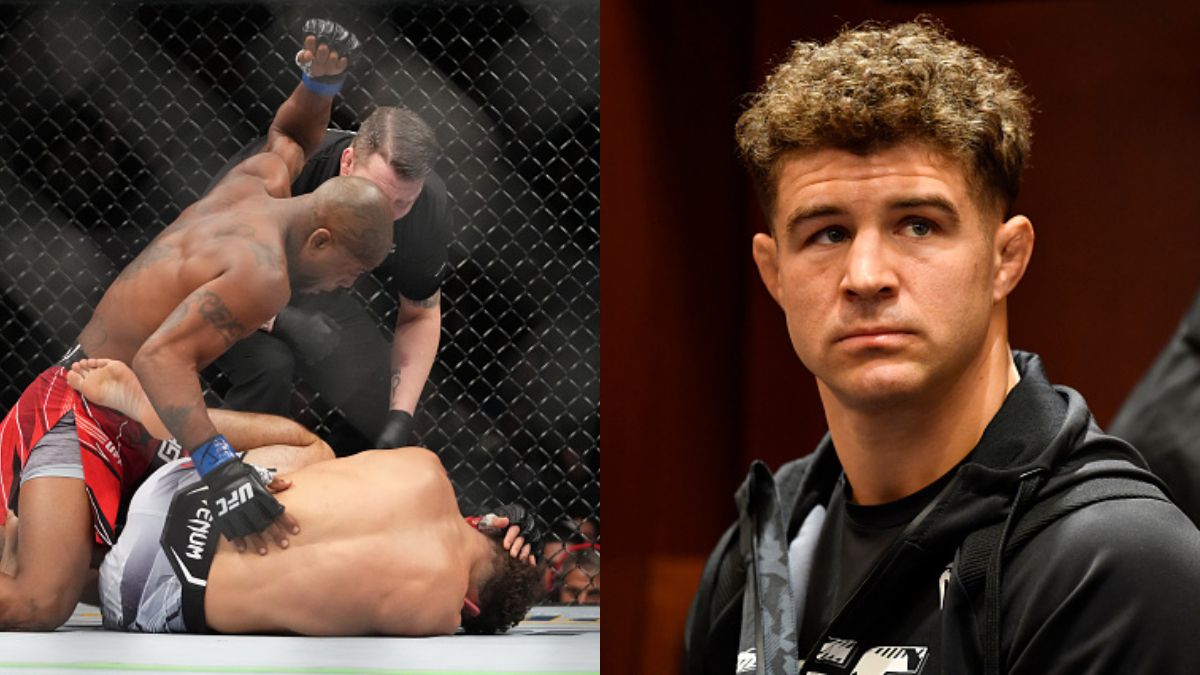