Agapova On Maryna Moroz: “I’d Like To Punish This Bitch For Lying”
published on October 10, 2021
curated and posted by BRWLRZ Team

UFC women’s flyweight Mariya Agapova has vowed to “smash” former teammate Maryna Moroz for talking smack behind her back.

Agapova earned a Performance of the Night bonus for her victory over Sabina Mazo at UFC Vegas 39 on Saturday. After dropping Mazo early in the third round, the 24-year-old masterfully latched onto her back and sunk in a rear-naked choke, taking her UFC tally to 2-1.

It was Agapova’s first fight in over a year, and in that time, the Kazakh has had a series of scandalous accusations flung at her by former American Top Team peer Moroz. The Ukrainian claims that Agapova was forced out of the gym for a motley of indiscretions, including drug use, threatening to stab several individuals, and stalking the pregnant wife of a fellow fighter.

In July, Agapova’s manager, Alex Davis, denied the accusations, saying that while “Mariya went through some difficult moments” her expulsion from American Top Team “had nothing to do with drugs.”

Agapova Calls Out Moroz, Vows To “Smash Her Face”

Following her victory over Mazo, Agapova wasted no time in calling out Moroz, and in her post-fight interview, laid into her former teammate for running her mouth.

Mariya explained that the accusations, which she flatly denies, have severely damaged her reputation. Not only did she lose sponsorships, but also fans. The former Dana White’s Contender Series alum said that she was in fact expelled from American Top Team due to an argument with “some guy,” and counter-accused Moroz of cheating her manager out of mone before expressing her desire to “beat her ass” and “smash her face.”

So if all the sordid allegations leveled against her are untrue, why does Agapova feel her ex-teammate is lying?

“I think she’s just trying to put me down because I left, I have trouble, I have trouble with my health, and she just used it like my weakness to put me down, to destroy my career,” said Agapova. “And this is super sneaky and not nice. Like now, I’m good, and I (called her out for a fight). So if you want to talk shit, be ready to answer for your words.”

Would you like to see a bad-blood matchup between Agapova and Moroz? 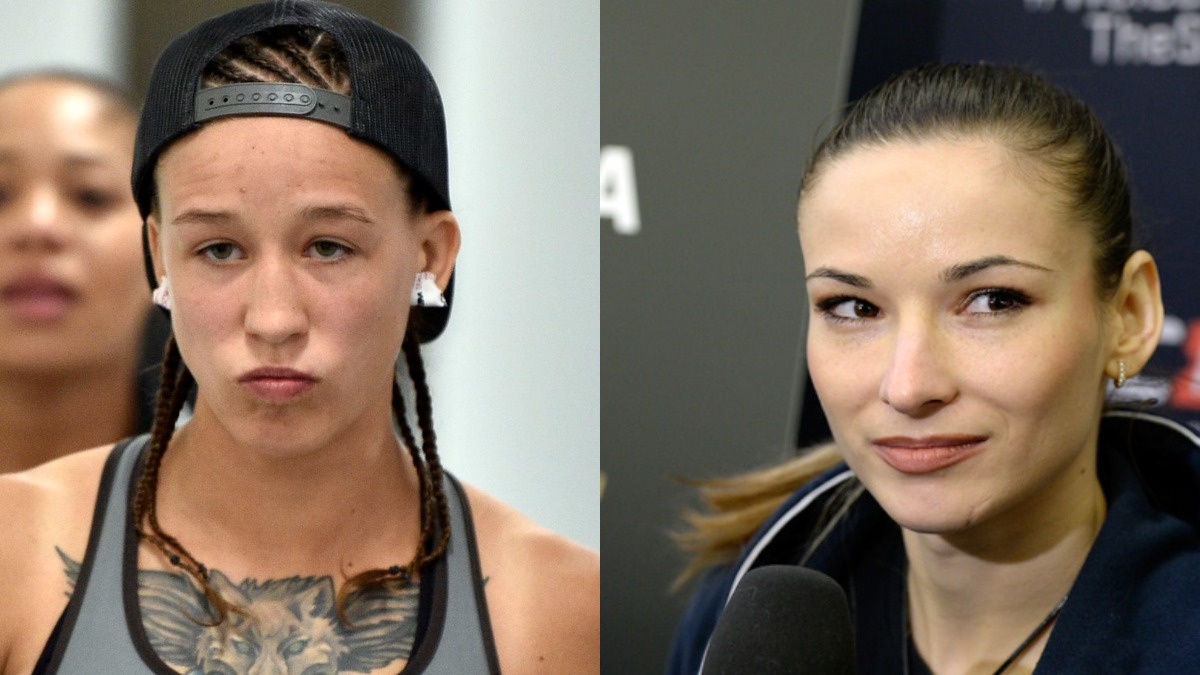