Adesanya: Shields Has “More Ovaries Than All You Boxers Have Balls”
published on December 31, 2021
curated and posted by BRWLRZ Team

Shields is widely regarded as one of, if not the greatest female boxer of all time. The 26-year-old has held multiple world championships across three weight classes and holds the record for achieving two and three-division title glory in the fewest amount of professional fights.

The undefeated Michigan native, who won back-to-back Olympic gold medals at the London and Rio games, has entered the ring 11 times as a pro, with gold being on the line on every occasion beyond her debut. Unlike most, success inside the squared circle wasn’t the end of Shields’ combat sports ambition.

This year, “T-Rex” tested the waters of MMA, signing with the rising Professional Fighters League promotion. In her debut, Shields overcame adversity in the opening two rounds to secure a third-frame TKO victory.

While the same issues on the ground were present in her sophomore appearance, this time, she wasn’t able to mount a comeback. Against Abigail Montes At PFL 10, Shields fell to her first defeat as a professional in combat sports.

Shields is now set to turn her attention back to the sport of Boxing. On January 29, she’s set to put her WBA, WBC, IBF, and The Ring middleweight titles on the line against Slovenia’s Ema Kozin. But she’s insisted her journey in MMA is far from over, something the UFC’s middleweight king certainly respects.

In the latest episode of his UFC 271 Fight Camp vlog series, Adesanya lauded Shields for adding more disciplines to her game. According to “The Last Stylebender,” the 26-year-old is doing something most boxers are too afraid to do—try their hand at “real fighting.”

“People don’t understand. How do you think I’m a fucking world champion? With just one discipline? Fuck no! I know how to fight. I could’ve been a fucking boxer. Done the whole blueprint like I said. Same as a kickboxer. But I humble myself when I realized I want to be a full-fledged fighter, so I humble myself and I learn. I tell you one thing, Claressa Shields has got more ovaries than all you boxers have balls. ‘Cause she actually humbled herself as well and ventured into real fighting.” (h/t Sportskeeda)

Despite her setback, the message from Shields has been, “It’s not over.” She’ll now look to re-enter the win column by extending her unbeaten record and continuing her dominance in the boxing ring. If she does, it stands to reason we’ll be seeing “T-Rex” back in the cage later in 2022.

Do you agree with Israel Adesanya? Should Claressa Shields be praised for making the crossover to MMA? 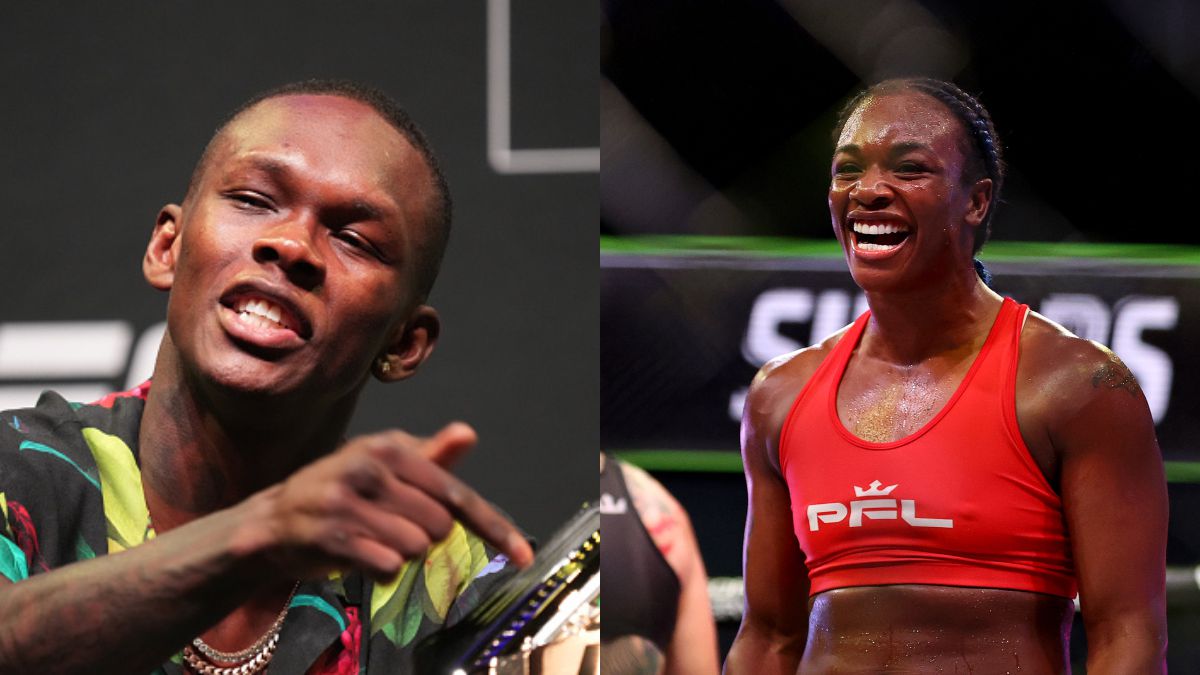