Adesanya On Jon Jones Allegations: “I Don’t Think This Is The First Time”
published on September 29, 2021
curated and posted by BRWLRZ Team

Israel Adesanya is not holding back on Jon Jones amidst his recent run-in with the law.

Adesanya and Jones have a bit of history, dating back before Jon vacated the light heavyweight title for a heavyweight move and before Izzy tried to capture a second title. There was even talk about the two fighting each other, especially after they constantly traded trash talk, but it seems like this is far from happening at this point in both men’s careers and lives.

Therefore, it comes as little surprise to hear that the UFC middleweight champ was not afraid to lash out at the former light heavyweight king after Jones was recently arrested for domestic assault and tampering with a vehicle. Izzy posted to his Twitter, sharing Jon’s mug shot as well as some of the more concerning details outlined in the recently released police report, before explaining that he did not feel like this was the first time an incident like this has happened.

“I’m sure y’all will give him “one more chance” lol. I swear I said he’s gonna fuck up again, he can’t help it. Now here we are. I’ve made mistakes in my time, I learn from them. I don’t think this is the first time this has happened in his house. But yea…posi vibez goiz ,” Adesanya wrote, before adding in another tweet:

It is not surprising to see Israel Adesanya taking this opportunity to bury Jon Jones, given how much these two do not like each other. That being said, it is important to remember that no matter what the police report said, he is innocent until proven guilty.

What do you think of this most recent fiery response from The Last Stylebender? 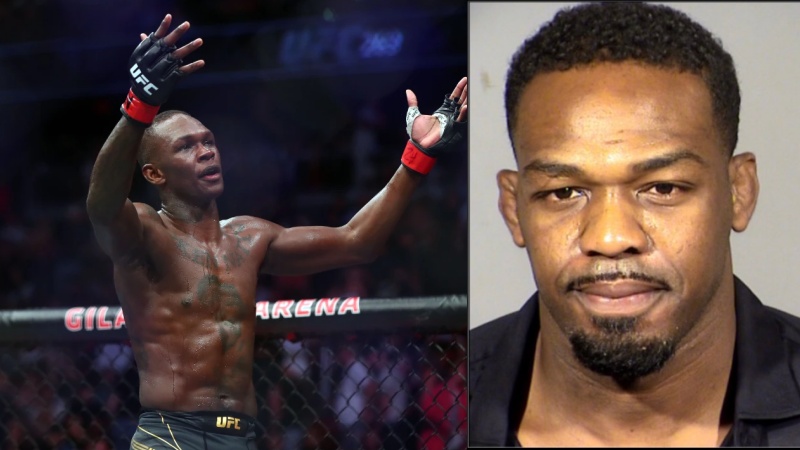