The audio of the 911 call that led to Luis Peña’s domestic violence arrest over the weekend has been released.

Last Saturday, Luis Peña was arrested on charges of domestic violence and battery after allegedly punching his girlfriend (Jamie Driver) and another woman. This made for the second time this year that Peña has been charged with crimes associated with assaulting Driver.

Thursday, the audio of Driver’s 911 call was released by TMZ. Here is some of what was said on the call:

“I wasn’t trying to snitch, but since my boyfriend wants to be an asshole, he put his hands on me, and he’s got to go,” Driver said to the emergency dispatcher.

“He punched me in the face. But, he did this also 2 days ago, I have the mark, I have a band-aid on my back. I have everything to prove it, so I would like the police to come and remove him, so I can get my things and go the f*** home.”

Driver mentioned that the police already responded to an earlier call for this incident, but she was unresponsive because she didn’t want to “snitch.” After matters continued to escalate she said she had no choice but to call again with the willingness to cooperate fully if that’s what it took to remove Peña from the residence.

“We have a no-contact order, so technically we shouldn’t even be living together,” Driver said. “I really need the cops to come and get him out now., I have scratches and bruises all over me from him, I need him gone.”

Following this latest incident, the UFC made the decision to release Peña from their roster. He had competed in the promotion for three years, compiling a 5-3 record during the stint.

MMA News will keep you updated as more information becomes available on this developing story. 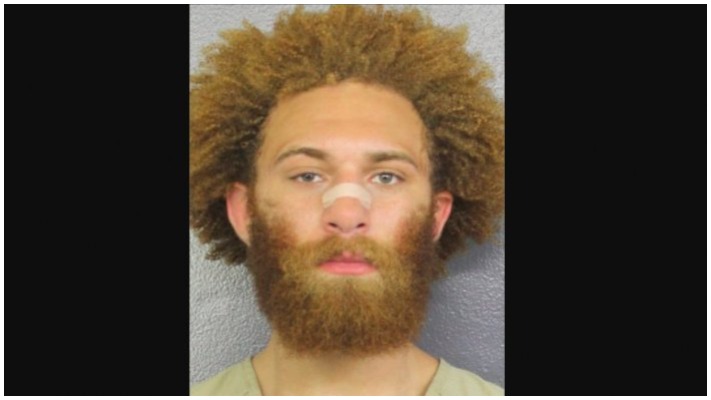