7 Takeaways From UFC 269: Oliveira vs. Poirier
published on December 12, 2021
curated and posted by BRWLRZ Team

UFC 269 featured two title fights that crowned a new queen of the women’s bantamweight division and a current champion proved himself as worthy of holding the title he won earlier this year.

There was a lot to take away from UFC 269, here are some things that stood out.

During the pre-fight press conference, Sean O’Malley and Cody Garbrandt went after each other, even though they both had their own fights with other people at UFC 269 to worry about. Still, O’Malley seemed to think it would be a good idea for them to square up at the press conference for a future event. Is this something you want to see?

It happens enough these days, bookmakers should start laying odds on what fight will get pulled from a card, and for what reason. After the weigh-ins, the UFC announced that the flyweight bout between Matt Schnell and Alex Perez was canceled due to medical issues with Schnell.

The Savage Gets Back in The Win Column

Gillian Robertson was on a two-fight losing streak going into UFC 269. If that wasn’t enough fuel to pick up a win, her opponent Priscila Cachoeira missed weight and they fought at a catchweight. Robertson scored the first submission and finish of the night to get back in the win column and did it with Cachoeira fighting dirty. Losers never win, and Robertson proved that here. Check out Robertson’s submission finish and doing it while Cahcoeira was poking her in the eye.

France stopped Garbrandt in his tracks for Garbrandt’s flyweight debut, leaving questions for Garbrandt’s future but opening doors for France. With his first-round finish of the former bantamweight champion, France made it known he has his eyes on Brandon Moreno and Deivison Figueredo. Either fight would make a great future match-up for him.

Cruz made news for his criticism of Daniel Cormier‘s broadcast style on fight week and that may have taken away from the fact that regardless of how anyone handles a mic, Cruz can still manage the cage better. It’s obvious he does just as much homework for fights as he does for his broadcast duties. Cruz fought and won against a very tough Pedro Munhoz to pick up a decisive victory. If there’s a fight to make, maybe he and Jose Aldo could headline a card in 2022.

A huge underdog, Julianna Peña came in with nothing but heart and a great jab that would hand Nunes the loss that would cost her the title, and crown The Venezuelan Vixen the new bantamweight champion. Peña was a +650 underdog and when the going got tough, Peña’s resolve would be the fuel that won her the title.

Diamonds are tough but “Do Bronx” is tougher as Charles Oliveira proved that he can stand with the tougher, more damaging fighter the likes of Dustin Poirier. Oliveira’s chin was definitely tested in this fight, especially in round one but if there were a physical demonstration of “being like water,” Oliveira definitely did it to Poirier when he scored the submission victory.

There’s obviously more to take away from this event than what is listed here especially with it being the last one of 2021. New challengers for various titles, up-and-coming fighters looking to get in the top 15, and potential rematches to make. The UFC certainly closed their pay-per-view schedule well.

What did you take away from the event? Better yet, what would you like to see in 2022? 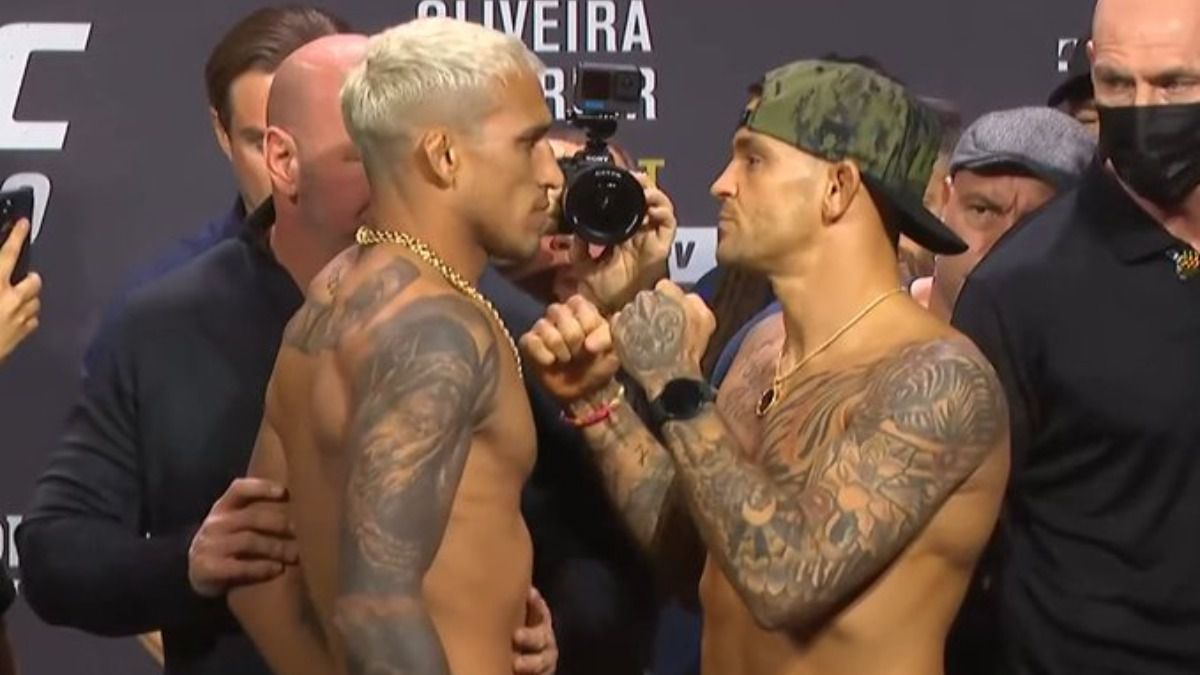