7 Takeaways from UFC 268: Usman vs Covington 2
published on November 7, 2021
curated and posted by BRWLRZ Team

UFC 268 featured two title fights that had two champions defend their titles. A lightweight war between two top contenders would certainly line up the winner for the next shot at the 155-pound champ and the UFC’s return to Madison Square Garden did not disappoint.

There was a lot to take away from UFC 268, here are some things that stood out.

The World’s Most Famous Arena

The UFC has not been to Madison Square Garden since UFC 244, where the main event was for a belt that would never be contested again in the BMF title. That was in 2019 when Jorge Masvidal and Nate Diaz fought for that title.

The COVID-19 pandemic kept the UFC away from The Garden so this is their first one back in The Big Apple.  Oddly enough, the man that would be the current unofficial BMF titleholder and current welterweight champion, Kamaru Usman headlined the card against another fighter he had already crossed hands with.

That with a title fight in the co-main event featuring a champion that won a title there in Rose Namajunas made it seem like the UFC hasn’t been gone long at all.

The UFC takes a lot of heat when something they do, especially with the media, is concerned but rarely do they get attention when they do something nice. COVID 19 kept the UFC out of New York for a year but that didn’t stop them from returning and honoring The New York Post’s Anthony Causi.

A photographer that would have been shooting cage side tonight had he not been one of the casualties of the pandemic. The UFC still posted a plaque where he would have been posted for the event. See the image shared by the New York Post’s Scott Fontana:

UFC set up a plaque to honor @nypost photographer Anthony Causi, leaving a spot open for him cageside. Anthony died last April of COVID, and the NY Post family still misses him. pic.twitter.com/6XJwkz4PdC

One thing fans may or may not have seen as a treat was the lightweight match-up between Justin Gaethje and Michael Chandler was moved to the opener for the pay-per-view portion of the main card.

The announcement was made during fight week because between Kamaru Usman, Rose Namajunas, and Gaethje, coach Trevor Wittman would have to just be cage-side for three fights in a row and after what came of Gaethje and Chandler, it seems like it was the right call. Gaethje certainly thinks so.

@danawhite give my man Trevor Wittman a performance bonus. All glory to god.

A lot was going on in this match-up, but what went on after Barnett scored the knockout over Villante is one of those moments, among many that Madison Square Garden holds that make the place so special.

Barnett used his time to honor his opponent Villante, a New York native who seemed to be retiring with this fight in his hometown.  The finish was good too, but what Barnett did was honorable.

Speaking of Gaethje and Chandler, the fight delivered in more ways than expected simply because these two men ran into each other over and over again and neither man wanted to stop.

Chandler’s been in wars before and Gaethje likes to make every fight a war. It was fun, but Gaethje would prove the more durable fighter of the two former lightweight champions. Both men were transported to the hospital as a precautionary measure but Chandler seemed to need the trip more than Gaethje did.

Namajunas was able to fend off Zhang Weili for the second time, but it was a split decision which means there’s likely a trilogy in the future, but there’s another former champion waiting in the wings.

In the post-fight press conference, Dana White said fighters should not wait for fights but it looks like both Carla Esparza and Joanna Jędrzejczyk seem to insist on doing just that. The strawweight division has a lot of the same players, so someone has to shake it up, right?

Kamaru Usman was able to defend his title against Colby Covington, but Covington was able to win the respect of Usman and maybe some fans in his attempt to become a champion. It was also a reminder that Covington is more than the gimmick he’s been running, he’s a legitimate contender.

Usman seems to have beaten everyone there is to beat but Covington did do better than the last time. A trilogy after a unanimous decision is a hard sell, so fans will have to wait and see what’s coming in the welterweight division.

There’s obviously more to take away from this event than what is listed here. What’s next for the champions and winners is always fun to speculate but for all the established fighters and champions, new blood seems to be coming in more than ever so the matches to make are endless.

What did you take away from the event? 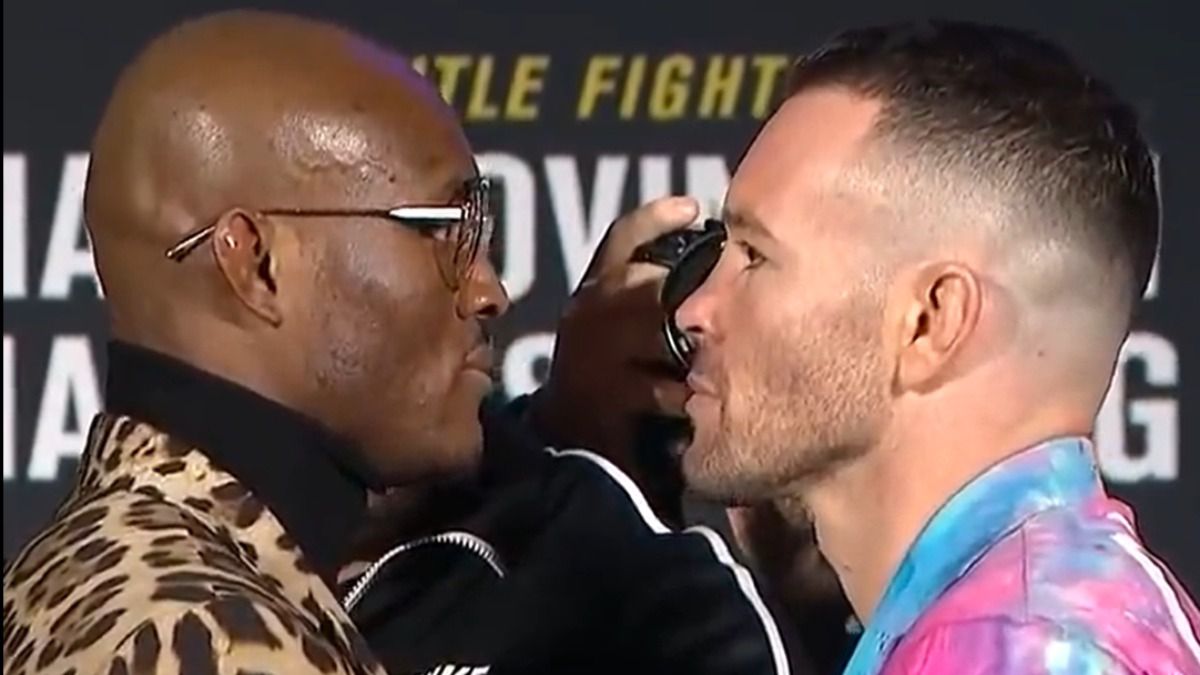