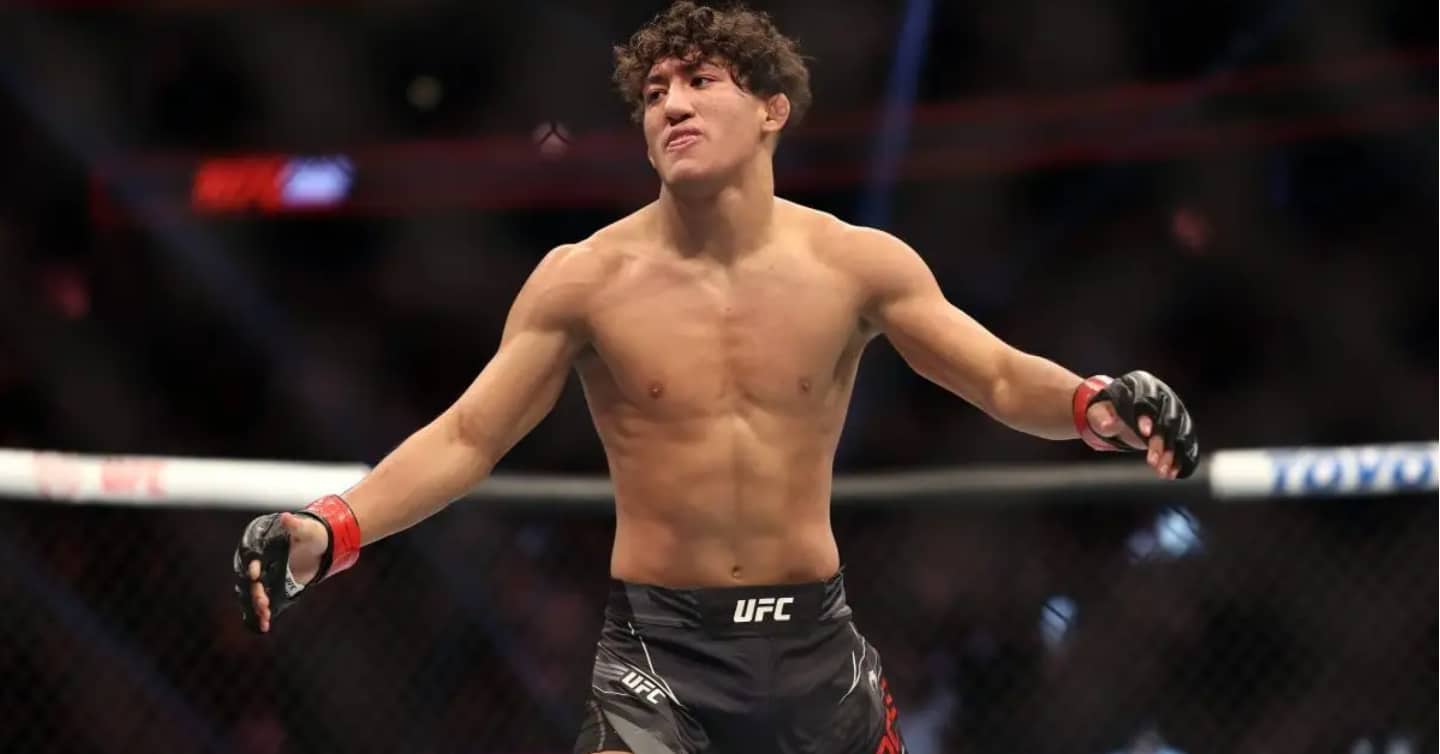 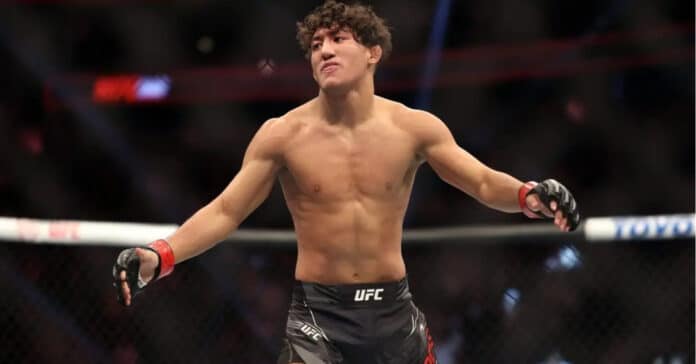 Undefeated UFC bantamweight prospect, 18-year-old, Raul Rosas Jr. is set for his next Octagon walk following a successful bow in the promotion last year – booking an outing at UFC 287 on April 8. against Christian Rodriguez. At the time of publication, an official location or venue for the event has yet to be determined by the organization.

For Rodriguez, the two-fight UFC veteran will attempt to land his second victory under the organizational banner, having recently scored an anaconda choke win over Joshua Weems back in October of last year. Eurosport reporter, Marcel Dorff was first to report the news of Raul Rosas Jr.’s return against Christian Rodriguez on April 8.

Touted as one of the biggest and brightest prospects in the sport today, Rosas Jr. earned his contract with the promotion off the back of a successful outing on Dana White’s Contender Series back in August of last year against Mando Gutierrez, scoring a unanimous decision victory at the UFC Apex facility event.

Raul Rosas Jr. is touted as a renowned finishing talent

Rosas Jr.’s expected Octagon return at UFC 287 in April marks a busy opening quarter for fighters from Mexico – with a trio of compatriots slated to compete for UFC gold in the opening quarter of 2023.

Next month, featherweight striker, Yair Rodriguez returns in an interim title fight against Josh Emmett at UFC 284 in Australia.

As part of an expected championship tripleheader at UFC 285 on March 4. – Sinaloa native, Irene Aldana is set to fight bantamweight champion, Amanda Nunes in an undisputed title fight, while fellow Lobo Gym mainstay, Alexa Grasso books her first championship outing in the UFC in the form of a flyweight title clash opposite the dominant, Valentina Shevchenko.

At the time of publication, an official headliner for UFC 287 has yet to be determined by the organization.