UFC this Saturday is headlined by two Featherweights that have a score to settle when #2 ranked Brian “T-City” Ortega fights #4 ranked The Korean Zombie, Chan Sung Jung. The feud between the two will come to an end after months of matchmaking, and an altercation where Ortega slapped Korean Zombie’s translator, former K-pop star Jay Park at a UFC event.

This will be Brian Ortega’s first fight since December 2018, where he suffered his 1st pro loss against then champion Max Holloway. He was 14-0 leading up to that fight.  Korean Zombie since returning from mandatory military service has gone 3-1 with all 3 wins being 1st round knockouts and is currently on a two-fight win streak.

From a betting perspective, The Korean Zombie is currently a -195 favorite with Brian Ortega a +160 underdog. At one point, Zombie was a -240 favourite which the market saw as too wide for this match-up and money came in on Ortega over the last couple of weeks. The questions going into this fight are how will Ortega look after a near two-year layoff and will he have the ability to force the grappling to take the fight to the ground. Ortega’s strengths lie in his submission game at 7 submission wins and 1.4 submission attempts per 15 mins, however The Korean Zombie has a 77% takedown defense and has never been submitted in his career.

For the Best Betting Education, Tips and Picks go to https://bets.brwlrz.co/

To place bets, we recommend MyBookie at https://brwlrz.co/mybookie

For current odds go to MyBookie 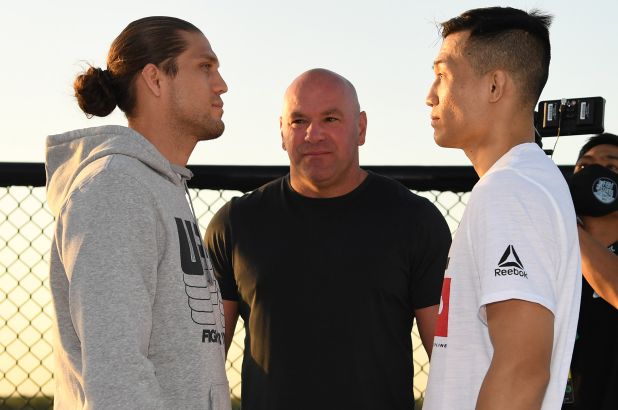